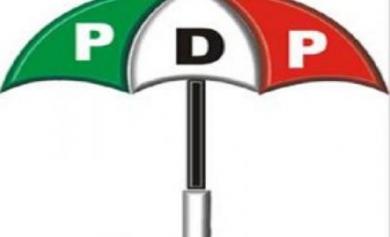 Willy-nilly, the struggle for which zone and what politician clinches the coveted position of national chairman of the ruling Peoples Democratic Party (PDP) has degenerated to an unseemly, fractious contest notwithstanding that the party has zoned it to the North-east zone. LOUIS ACHI assesses the cacophony and previews the various options before the PDP organs ahead of the party’s appointment of a new national chairman

With the successful senate screening yesterday, of Dr. Haliru Bello, erstwhile acting national chairman of the ruling Peoples Democratic Party (PDP) as a ministerial nominee in the President Goodluck Jonathan’s new cabinet, the race for the coveted, vacated position is sure to reach a crescendo shortly as several zones pitch for it. Clearly in this connection, shortly, three key platforms of the PDP will be meeting to take a decision on some of the crucial issues affecting the party. These include the Board of Trustees (BoT), National Caucus and the National Executive Committee (NEC). One of such key issues is the choice of who becomes the next national chairman of the party.? One way or the order,? a new national party chairman is expected to emerge – either in an acting or substantive capacity.

The PDP constitution puts this most recent development in context. According to Article 15 (J): “Subject to the provisions of this constitution, any member holding any office in the party at any level shall be deemed to have resigned that office, if he or she assumes any full time employment or appointment in public service of the federation, state or local government”. This scenario simply puts it beyond doubt that the national organs of the party will meet to consider the various options on how to replace Bello.

Perhaps, not surprisingly, the party in anticipation has zoned the office of the national chairman of the party to the north-east. However, the big challenge to be settled by both the party’s NEC and BoT is how to peacefully supplant Bello with inciting further rebellion and stressing the holding capacity of the party.

As it were, last week, President Goodluck Jonathan held a crucial meeting which explored options on how to peacefully resolve of the extant issue, which has willy-nilly morphed into a full blown dilemma. At the meeting, it the party looked at the implications for an earlier national convention and previewed the plausibility of setting up of a caretaker committee. LEADERSHIP gleaned that the issue of caretaker committee could not fly because PDP has no provision for such in its constitution. LEADERSHIP further gathered that the meeting which opted to continue resolved to make more consultations ahead of the proposed BoT, National Caucus and NEC meeting of the party.

A source in the party secretariat revealed that, “what ever is the decision arrived at in course of the consultation would form the main agenda of the BoT, Caucus and NEC meeting, which is the highest decision making body of the party.? The party and the presidency are looking inwards of the possibility of a current member of the NWC to be appointed acting national chairman pending the convocation of a national convention of the party next year”.
Further, according to the source, the meeting of the presidency and selected members of the NWC of PDP dumped the agitations of the South-east to retain the office of the national chairman of the party pending the convocation of the new national convention to elect the national chairman and other members of the PDP NWC.

It explained that the position of the South-east caucus was considered, but it was seen as belated because the office of the Secretary to the Government of the Federation (SGF) has been zoned and implemented. To do otherwise and allow some one from the south-east to be appointed acting national chairman pending the next national convention is to drag the principles of zoning further into the mud with happened in the House of Representatives where the party’s position on zoning was defiled”.

LEADERSHIP further gathered that though several top-shots of the party from the north-east has been warning up for the election of the national chairman, the meeting pondered the view that it would be unconstitutional to dissolve the NWC of the party because it has a tenured term of office for four years, having been elected in March 2008. Also the source said that the consideration for a member of the NWC from north-east to continue in office till the next national convention is based on ensuring continuity and ensuring that some of the laudable projects started so far by the present NWC is continued with the aim of ensuring stability and sustainability within the party hierarchy.

In confidence, a source told LEADERSHIP that the appointment of a new acting chairman of PDP outside of the current NWC will undermine projects like the N584 million Re-branding Projects and the ongoing internal democracy and reorganization championed by the NWC. On internal reforms, reorganization, the source said that the meeting is worried that if an outsider out the NWC is appointed that it may represent a drawback as the person may come up with may habour a different agenda beyond what is going on within the party.

LEADERSHIP gathered that the meeting which took place last Friday was buoyed by the swearing-in of former ministers who were appointed and allowed to continue in their old ministries. “It is to allow for continuity with the experience gathered,” the source noted and? explained, “this is the reason behind the consideration of having a member of the NWC from the northeast to be appointed as the acting chairman.

If the party’s NEC accepts the offer of an insider from the NWC becoming the acting national chairman, it would be making a choice from three members who are from the zone. They are Dr. Musa Babayo from Bauchi State. He is currently the Deputy National Secretary. He is a former Chief Operating Officer of Inland Bank. A core banker, Babayo was also former General Manager Corporate Planning of Allied Bank. He holds the traditional title of Talban Katagum. He was for several years the Area Manager of Allied Bank, both in Lagos and West, Onitsha and East. Babayo is currently the secretary of the PDP national peace and reconciliation committee of the party and chairman PDP Manifesto Development Committee as well as the chairman 2011 material Management Committee of the PDP Presidential Primaries and the PDP Reform and Optimization Project.

Also in the list is the National Publicity Secretary, Prof. Rufai Alkali he was the Gombe State Commissioner for Education and later Higher Education. He is from Gombe. He is a professor of Political science and Hajia Inna Ciroma, a former minister of Women Affairs. There still are other twists.

Where the offer of an insider in the NWC is not an acceptable option to the BoT and NEC of PDP, it would either go for a quick national convention. In which case, the party will weigh who among the various candidates jostling to lead the party has the following qualities: A national chairman that would implement the transformative agenda of the president and would not leave the party hanging or floating.

Clearly, this a period of temptation for the ruling party. Currently, the PDP is believed to be at cross-roads and therefore needs a chairman to enforce discipline and who will ensure that all policies and principles of the party are obeyed, and avoid further situation where the decisions of the party are cavarlially disobeyed.

These are the qualities which the NEC, BoT and the National Caucus of the party would be watching.? And to fill the position of the national chairman are the former governor of Gongola state and former minister of Industries, Alhaji Bamanga Tukur. He is the President of African Business Round Table and President of the African Review Peer Mechanism.

Also in the list of candidates aspiring to become the national chairman is Alhaji Hassan Adamu. He was a former president of the Manufacturers Association of Nigeria (MAN) and a former minister of Environment. Still in the list is the former Minister of Defence and Internal Affairs, Dr. Shettima Mustafa. He was a former national treasurer of the party.? These are the trio that the BoT, NEC and National Caucus of PDP would be looking to fill in the above qualities to enable them emerge as the next national chairman. Surely, this is Herculean task before the organs of the party as the meet to weigh the options.
?