Fashola To Storm Abuja For Veterans All Stars Tourney 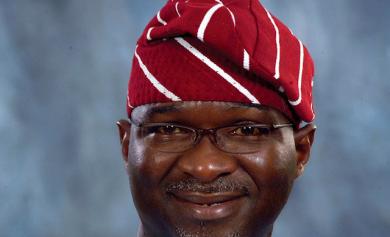 The governor of Lagos State, Babatunde Raji Fashola SAN, is leading the Lagos State delegation to Abuja this weekend for the Veteran All stars tournament. The competition which is an annual event will consist of participants from Lagos, Benin, Onitsha, Kaduna, Kano, Bayelsa and hosts Abuja. It will commence from July 8th – 10th 2011.

Fashola, an avid football fan and an active player, has supported the renaissance of football in Lagos State through the sponsorship of teams, development of grassroots football and refurbishment and creation of facilities all over the state. It is expected that he will captain the Lagos team to go into battle with other states to try and win the tournament for the first time.

Reacting to the arrival of Fashola and other teams, the president of All Stars FC Abuja and member technical committee of the Nigerian Football Federation, Barr. Austel Elumelu told LEADERSHIP SPORTS exclusively that, Abuja is ready to host the tournament and that the aim of his team is to host and win the competition for the first time, “our intention is not just to participate, but to also win the competition for the first time. At the maiden edition we came third, last year when Lagos State hosted, we came second and lost in the final 1 – 0 to Benin so, if you check the progression, it is natural that we should win this year.”

Other participants and retired internationals expected include: Friday Elaho, Samson Siasia, Mutiu Adepoju, Friday Christopher, Waidi Akanni, Nicholas Ukadike and Henry Nwosu. The Abuja team will be coached by the enigmatic Musa ‘Santos’ Garba, who has vowed to do everything within his power to win the trophy. The competition is scheduled to start today at the FIFA Goal Project of the National Stadium in Abuja.
?