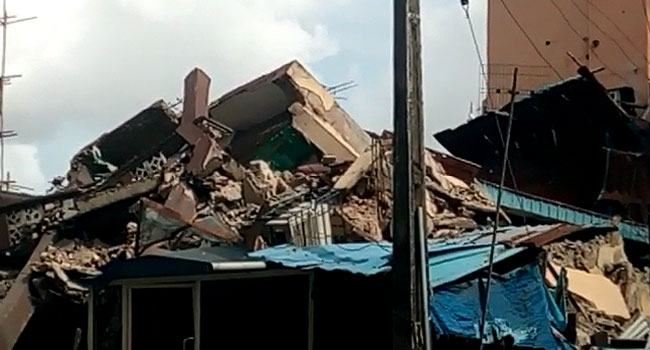 A two-storey building collapsed on the Island metropolis of Lagos State on Monday, at midday.

The building was already marked for demolition following the State Government’s clampdown on deteriorating structures in Lagos, after the Ita Faaji three-storey building collapse on March 13.

Eye witnesses say that occupants have been exiting apartments and shops located in the building. Some of them were moving properties out when the building caved in.

A few people were recorded injured and no deaths.

The Lagos State Management Agency (LASEMA), reports that no one was trapped in the rubbles.

Emergency workers and security operatives already arrived at the scene to ensure others residents are safe and that the rubles are cleared within time.