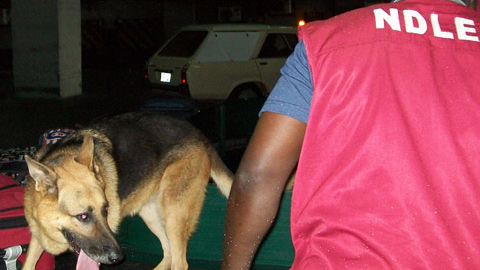 The Adamawa Command of the National Drugs Laws Enforcement Agency (NDLEA) says it arrested 25 suspected drug dealers and seized 166.95 kilogrammes of illicit drugs in the state in the last three weeks.

The NDLEA State Commander, Yakubu Kibo, made this known in an interview with News Agency of Nigeria (NAN) on Wednesday in Yola.

Mr Kibo said during the period under review, the command, on September 5, arrested a notorious drug dealer in Jimeta-Yola, 59- year old Mohammed Kawuwa, and allegedly recovered from him 600 grammes of Cannabis Sativa.

“Equally, on September 9, our operatives in Mubi Area Command recovered a total of 218 bottles of Cough syrup with codeine weighing 29.5kg, and 350g of Rohypnol capsules.

“Similarly, the Gombi Area Command of the Agency intercepted a truck carrying 107 kg of Tramadol concealed with other pharmaceutical drugs and two suspects were arrested.

“Furthermore, one Yusuf Mohammed was arrested with fresh Cannabis Sativa weighing 10.2Kg, which was planted within his compound in So,o Village of Jada LGA,” Mr Kibo said.

He further said the agency arrested Abdurrashed Mohammed and Mohammed Ali, with 10Kg and 3.8kg samples of Pentazocine injection and Cannabis sativa respectively.

Mr Kibo gave the names of other arrested suspects to include Lawal Abdullahi, Sulaiman Waziri and Nura Musa.

He said they were all arrested with 168 gm of Diazepam, five cartons of pentazocine injection, as well as 21kg and 195 kg of Cannabis sativa respectively.

He said those culpable would be charged to court on completion of investigation.