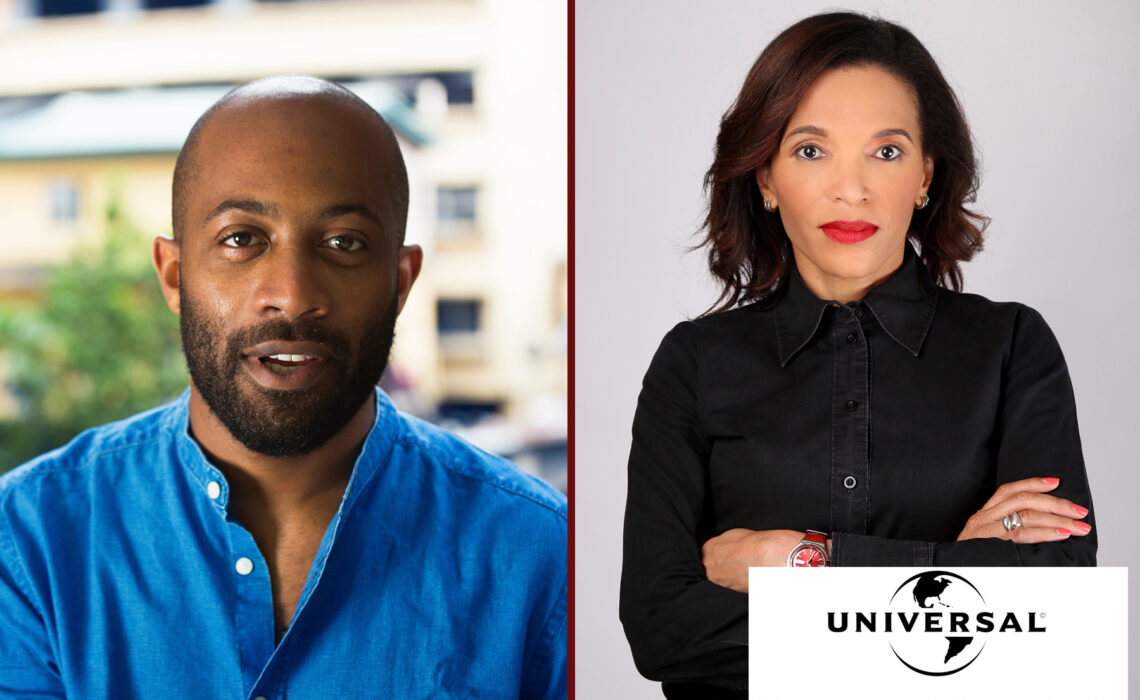 Universal Music Group (UMG), the world leader in music entertainment, today strengthened its position as the leading music company in Africa by announcing a strategic expansion of its Sub-Saharan Africa leadership team.

This presence will continue to grow throughout 2021 and beyond, as UMG continues to further extend the company’s ability to support domestic artists across Africa and globally.

Dlamini will continue to oversee all of UMG’s operations within English-speaking Africa. Since joining UMG in 2016, he has been instrumental in solidifying and growing UMG’s African infrastructure, increasing the visibility of African music around the world and delivering unprecedented artist success in South Africa. During this time, UMG has also led the industry with new initiatives across live music, brand partnerships and the adoption of licensed and legal streaming platforms within Africa.

Sipho is a member of UMG’s Task Force for Meaningful Change (TFMC), which was created last year as a driving force for inclusion and social justice within the global music industry and serves as chair for the TFMC’s Global Committee. In 2019, Dlamini was named in Billboard’s International Music Power list, the first African-based executive to make their list.

Within South Africa, Dlamini has been joined by hugely experienced senior executive Elouise Kelly, who has been appointed Chief Operating Officer, Universal Music South Africa and Sub-Saharan Africa. She will be based in Johannesburg and will report to Dlamini. Kelly Joins UMG from global advertising and media agency Ogilvy, where she held the position of Managing Director, South Africa.

With a proven and award-winning background in branding, marketing, communication and commercial business strategy, she will play an integral role in the further expansion of Universal Music Africa and its operations and label divisions. Prior to working at Ogilvy, Kelly held senior positions at SABC, Top TV, Viacom International Media Networks and M-Net.

In addition, Chinedu Okeke has been named Managing Director, Universal Music Nigeria and will lead the development and expansion of UMG’s existing operations within Nigeria, and further English-speaking markets in West Africa. He will be based in Lagos, Nigeria and will report to Dlamini.

Okeke joins UMG having established himself over the last decade, as a successful business and live-music entrepreneur. He is the founder of Eclipse Live – A Live entertainment company focused on bringing live affordable entertainment to the youth of Africa and Eclipse Brand Agency, working with major clients, artists and commercial partners. He is also the founder and Executive Producer of Nigeria’s legendary Gidi Culture Festival, and a founding Trustee of Echo Music & Arts Foundation, and previously held positions at The Wicklow Group, Canvest Group & AP Moeller Maersk.

Announcing the changes, Adam Granite said, “I am thrilled to announce these strategic appointments, as we look to further develop our domestic infrastructure and label rosters within Africa. Most integral to achieving our long-term ambitions, is to build a strong leadership team on the ground, with deep foundations in each country to help grow a dynamic ecosystem for all to benefit in the future.

“Over the past few years, Sipho has shown great leadership, commitment and vision for music in Africa, helping UMG to introduce new talent to audiences around the world and identify opportunities to lead the industry in licensing and supporting new platforms to reach African music fans. Elouise and Chin both bring welcome new skills, proven entrepreneurship and important leadership experience that will only serve to bolster UMG’s position as the market-leader across Africa.”

Sipho Dlamini said, “There has never been a more exciting time for African music around the world, as it continues to influence and inspire culture and creativity, whilst reaching a wider audience globally each day through streaming. I am delighted to welcome both Elouise and Chin to the UMG family, their unique skills and experiences will only help to further establish UMG as a bedrock within the African music community, that will continue to put the interests and opportunities for artists first and help elevate African talent to new levels of success at home and abroad.”

UMG also agreed a strategic partnership between Nigeria’s Aristokrat Records and Universal Music France and launched Def Jam Africa as a standalone label on the continent, with resources across five countries, dedicated to discovering the best in African hip-hop, Afrobeats and Trap music.

Under the new leadership structure, each territory will continue to focus on domestic A&R and talent development with a unique suite of services available to local talent including marketing, promotion, bespoke brand partnerships, recording facilities and live music promotion and booking through UMG’s ULive Africa division. In Africa, UMG has led the industry, working hand in hand with both domestic and international platforms and Telco’s to help bring the best in global music to music fans across Africa.

UMG remains committed to helping bolster the wider local ecosystem, with continued focus on building a fair and prosperous market for all through better understanding and management of copyright and royalty distribution, and through the development of strong partnerships with platforms throughout the region which will be integral to introducing African music to a wider audience in years to come.

All three will work closely with French-speaking operations in Côte d’Ivoire, Senegal, Cameroon and markets within the continent, which operate under the leadership of Franck Kacou, Directeur General, Universal Music Africa. UMG is also working closely in partnership with parent company Vivendi, and several of Vivendi’s divisions, including CanalOlympia, Olympia Production, Vivendi and Canal+ to support and develop the live music industry throughout Africa.