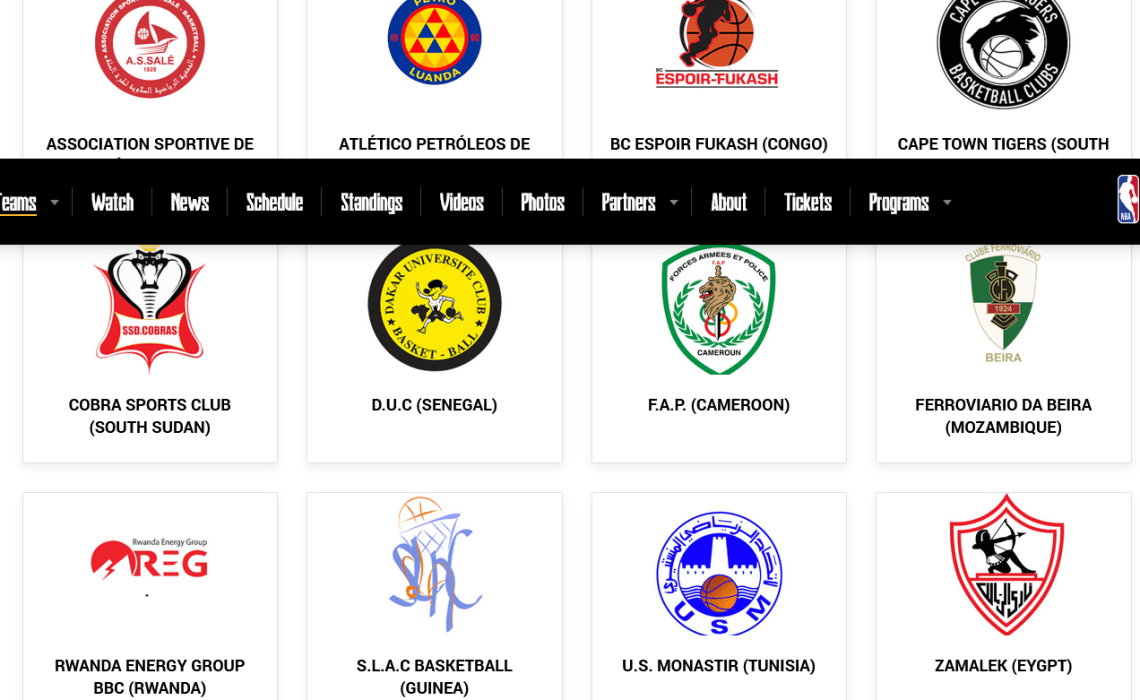 The Basketball Africa League (BAL) has unveiled the rosters of the six teams that will compete in the league’s Sahara Conference group phase at the Dakar Arena in Senegal, which tipped off yesterday and runs through Tuesday, March 15.

The six teams collectively feature 78 players from 17 countries across Africa, Europe and the U.S.

In the season opener, Senegal’s Dakar Université Club (DUC) took on Guinea’s Seydou Legacy Athlétique Club (S.L.A.C) at 12:30 p.m. ET / 5:30 p.m. GMT on Canal+, ESPNews and TSN in the first of 38 games taking place across three cities over the next three months.

Each of the Sahara Conference’s six teams, which come from six African countries, will have up to 13 players, at least eight of whom are citizens of their respective team’s home country and up to four of whom are from other countries, with no more than two players per team from outside of Africa.

As part of the “BAL Elevate” program, each team’s 13th roster spot is reserved for one of 12 prospects from NBA Academy Africa, an elite basketball training center in Saly, Senegal for the top high-school age prospects from across Africa.

Eight players competing in the Sahara Conference group phase previously played in the NBA G League. Majok was drafted 58th overall by the Los Angeles Lakers in the 2011 NBA Draft.

The 12 BAL teams, which include defending BAL Champion Zamalek (Egypt), have been divided into two conferences – the Sahara Conference and the Nile Conference. Each conference will play a 15- game group phase during which each team will face the five other teams in its conference once.

The top four teams from each conference will qualify for the BAL Playoffs, which will feature a single-elimination tournament and Finals at Kigali Arena in Rwanda from May 21-28.

Rosters for Nile Conference teams will be announced at a later date.