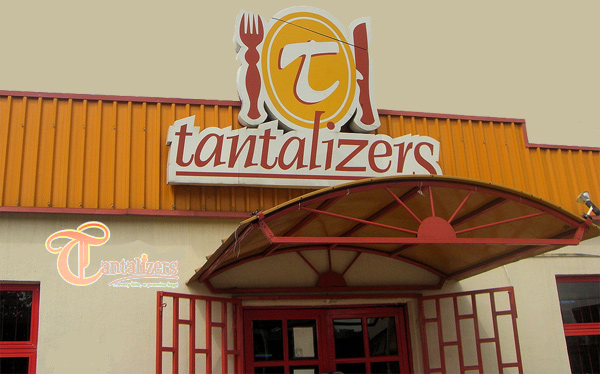 Tantalizers Plc, Nigeria’s foremost Quick Service Restaurant, opened its first location -a small neighborhood restaurant serving hamburgers – in 1997 on Broad Street, Lagos Island. Success at this first location led to an expansion that has seen the company and its franchisees open additional locations in cities such as Lagos, Ibadan, Abuja, and Port Harcourt.

Co-founded by Folu & Bose Ayeni, Tantalizers is now a leading Nigerian fast food restaurant chain. The husband and wife team run Tantalizers, which is low listed in the Nigerian Stock market as a public limited liability company. The International Finance Corporation (IFC), and arm of the World Bank in February 2010 granted $7Million in loans and took $1.5Million equity in Tantalizers to help take the company to the next level.

Dec 2002 –The business expanded out of Lagos towards the Northern part of Nigeria, opening its first outlet in Wuse Zone 3, Abuja

The first franchise to commence operations in Abuja (this served as the pilot). During this same year and for the first time in the history of the organization, an unprecedented (12) outlets were opened.

Year 2005 / 2006 – The consolidation years when the company decided it was needful to review all processes, controls and overall company concept with a view to preparing itself for faster growth, going into the future.

Year 2007 – Full roll out of the Tantalizers franchise. One company owned and Five (5) franchise outlets opened.

Year 2008 – Private Placement was done in January and February

May 5, 2009 – First Annual General Meeting after Listing on the Nigerian Stock Exchange