Why Adoke, Waziri Engaged In War Of Words 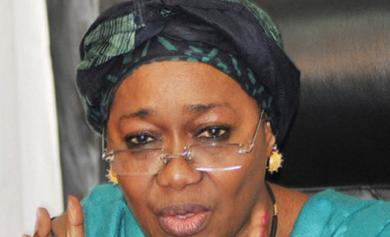 The cold war between the attorney-general and minister of Justice, Mohammed Bello Adoke and the chairman, Economic and Financial Crimes Commission (EFCC), Farida Waziri may have to do with the alleged undermining of Adoke’s office by some forces loyal to his predecessor, LEADERSHIP has gathered.

Speaking exclusively to LEADERSHIP on the face-off, a former senator and now a chieftain of an opposition party, disclosed that the crisis of confidence originated from the alleged undermining of Adoke by some loyalists of his immediate successor in office, Michael Aondoakaa, who was said to have allegedly left some skeletons in his office as a minister.

The politician regretted how the law of diminishing returns is now taking its toll on the anti-graft war and quickly traced this to the ‘no love lost’ between Adoke and Aondoakaa, coupled with Waziri’s alleged loyalty to the latter, who was said to have been instrumental in her appointment.

“From all indications, the AGF, Adoke and the EFCC chairperson, Waziri are not enjoying a good working relationship. It is public knowledge that they are not friends at all – today they are friends, tomorrow they become adversaries. The truth of the matter is that Adoke’s authority is being undermined by his successor in office, Aondoakaa and Adoke has seen some rot left behind before his removal from the office, but he knows Waziri would not be able to handle him since he was instrumental to her appointment. This is the crux of the matter,” he said.

He advised the two parties to toe the right path, saying, “The best thing to do is for either President Goodluck Jonathan to remove Waziri from the EFCC and bring whoever they can work with as her replacement, or Waziri herself should throw in the towel before things get out of hand.

The war against corruption is no longer enjoying the support of the public; even the media is very sceptical of the way it is being handled. We know how the EFCC used to enjoy the public’s support when it started, but things have gone for the worse. That is the truth.”

This position tallies with that of the national secretary of the Action Congress of Nigeria (ACN), Senator Lawal Shuaibu, in an exclusive interview on the state of the nation. Shuaibu also advised the presidency to overhaul the anti-graft machinery in order for the government to regain public support, even as he kicked against any plan to merge the EFCC with the Independent Corrupt Practices and other Related Offences Commission (ICPC).

“The problem is not Waziri at all, the problem is the government. If they think she cannot fight corruption, they have the right to remove her. Under the law, the power to remove her where her continued stay in office is not in the public interest is clearly stated. You can remove her, because of what the international community is saying, because what they are saying is true. The fight against corruption has gone low; the respect for the EFCC has been diminished. In fact, people no longer respect the EFCC,” he said.

Speaking further, Shuaibu who played a prominent role during the enactment of the anti-graft laws during the Obasanjo administration added another dimension when he accused the EFCC of usurping the responsibilities of the ICPC, disclosing that there was no law backing the EFCC to fight corruption, but the ICPC. He said he was disappointed that the EFCC chairman, a lawyer, had not stopped prosecuting corruption.

“All they need to do is to ask the EFCC to strictly do what the law asks it to do; ICPC strictly do what you are supposed to do. Tell ICPC, any corruption anywhere, go and investigate and arrest anyone, including where you have perception that anyone is corrupt. You are protected by the law establishing you. EFCC should face the money laundering, advance fee fraud and other financial crimes and stop fighting corruption.”