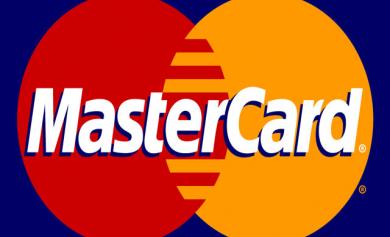 MasterCard index has ranked Nigeria as the most optimistic market in Africa.

The index report was based on a survey which measured consumer confidence on prevailing expectations in the market for the next six months on five economic indicators: economy, employment, stock market, regular income and quality of life.

The index score according to the report, was calculated with zero as the most pessimistic, 100 as most optimistic and 50 as neutral.

Comparing Nigeria’s index results six months ago with the current report, it said, two of the five indicators – regular income and employment -increased marginally by 0.6 points each, while consumer sentiment on the economy remained unchanged.

It however pointed out that the gains recorded were offset by the quality of life and stock market indicators that both declined by 1.7 points.

The survey said that regular income at 99.0 points was the most optimistic of the five indicators for Nigerians, followed by quality of life with a score of 97.5.

The report said that independent economic analyst, Dr. Roelof Botha predicted that Nigeria would overtake South Africa as the largest economy on the continent by as soon as 2023.

Analysing the report, Botha said that substantial investment from several multinational companies have boosted employment prospects, with several more companies seeking to introduce or expand their production facilities in Nigeria in the coming months.

“The government has also reduced the tax burden placed on Nigerians, with the ratio of taxes having dropped from 38 per cent in 2005 to an estimated 26 per cent at the time of the survey,” he added

Botha also said that while the slight decline in the quality of life indicator should not be ignored with respect to the identification of consumer confidence trends over time, it was less than two per cent decline compared to the previous index which indicated that consumers remained firmly positive about their general quality of life in Nigeria.

It stated that consumer sentiment on the economy and employment indicators remained exceptionally positive with scores of 97.3 and 96.3 respectively.

He further pointed out that inflation was close to single digits, after hovering close to the 20 per cent level in 2005, adding that the market currency has been relatively stable, which has in turn prevented an escalation in the price of imported goods.

“The Nigerian government has implemented and maintained prudent macroeconomic policies over the last four years, strengthened financial institutions and made progress in addressing the market infrastructure deficiencies.

Along with a surge in the oil price and an increase in production, these elements continue to give Nigerians a high level of future confidence” he stated

The survey stated that the stock market indicator while still in optimistic territory with a score of 79.1, was the least positive of the five indicators and showed a decline of 1.7 points compared to the previous index.