Tribunal Lauded Over Ruling On Forgery Case Against Suswam 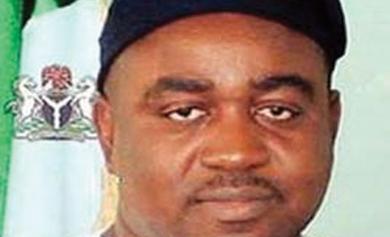 A United States-based researcher, Dr (Mrs) Aladi Kingsley has hailed the Governorship Election Petition Tribunal sitting in Benue State for its recent ruling on the alleged certificate forgery made against the Governor Gabriel Suwam by the opposition parties.

Mrs Kingsley, a Nigeria-American, in an electronic mail sent to LEADERSHIP Bureau Chief in New York, said that the Election Petition Tribunal’s ruling over alleged forgery against the Governor has justified the rationale behind the setting up of the petition tribunals.

She said that, “it is a laudable development that Justice I.S Garba could be confident and truthful enough to have struck out the case by the petitioner over the alleged certificate forgery leveled against the governor on the ground that the tribunal lacked the jurisdiction to entertain it”

It would be recalled that the Benue State governorship election petition tribunal on Friday last week adjourned till September 6 for further hearing on some pending applications in the case between Governor Gabriel Suswam and Action Congress of Nigeria governorship candidate, Professor Steve Ugba.

In a consolidate ruling delivered by Justice Garba, the tribunal also struck out the case by the petitioner over the alleged certificate forgery leveled against the governor, stating that the tribunal lacked the jurisdiction to entertain it.

Dr. Aladi kingsley therefore appealed to the opposition parties in the State including the Action Congress of Nigeria (ACN) and its Gubernatorial Candidate to find a way of settling the case amicably with Governor Suswam so he could have enough time to complete the projects he had embarked upon in the State.

She said, “the Governor has been performing creditably well since he assumed office in 2007 as the State Chief Executive Officer. I think all he has been doing to develop the State should be a reason why he should be given the chance to transform Benue State as he promised during the election campaigns”

Berating Senators Joseph Waku and George Akume over the roles they played during the recently held convention of the Mutual Union of the Tiv in America (MUTA), Mrs Aladi advised all the political leaders in Benue State to ensure that they did not drag the Indigenes of the State into partisan politics and stressed that failure to do so would make the association lose its credibility and original focus and objectives.
?