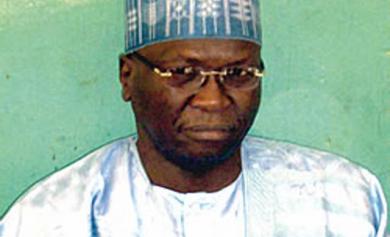 Borno State Governor Alhaji Kashim Shettima has expressed shock at the death of Ambassador Saidu Pindar, saying the development was not only a big loss to the state, but the country in general.

In a statement signed by his director of press, Zannah Usman Chiroma, Shettima said that Pindar was a great philanthropist who excelled in many areas of human endeavour, particularly in politics, engineering and diplomacy.

?The governor said, “Ambassador Pindar will be remembered for touching the lives of many Borno people through his numerous capacity building and empowerment programmes.

“We are going to miss him dearly, as he died when his wealth of experience was highly needed.”

The governor said late Pindar was a former colleague, described him as jovial and friendly person, saying that the deceasedhad been his intimate friend since they met in the then Nigerian Broadcasting Corperation (NBC). He added that their relationship had thrived till his demise.
Shettima said, “We pray Allah to grant his soul Aljannatul Firdaus and his family the fortitude to bear the irreparable lost.????? .

It could be recalled that Ambassador Pindar was the running mate of Alhaji Mohammed Goni of the Peoples Democratic Party (PDP) in the just concluded April 2011 governorship election in the state.
Late Pindar died in a ghastly motor accident along Kaduna-Zaria Road on Wednesday at the age of 57.