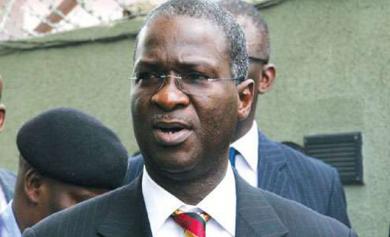 Handling shylock landlords has proven to be a great challenge to tenants in Lagos State, as apart from charging exorbitant tenancy rates, the payment options were generally unfavourable to the tenants.

Thus, it was a day of joy for tenants when the Lagos State House of Assembly passed a law to regulate rights and obligations under tenancy agreements and relationship between the landlord and his tenant.

The Lagos tenancy law from inception has been a subject of controversy. While the tenants saw it as a way out of bondage from their shylock landlords, some of the landlords saw the regulating law of government as a very tight noose around their neck.
The law which saw the light of the day on Friday August 5, 2011 brought happiness to some while others worried about the workability of such a law in a cosmopolitan city like Lagos.

Under the law, there is procedure for the recovery of premises, and for other connected purposes.

Interestingly, the bill was earlier passed by the House and was later returned for amendment, after some grey areas were discovered by the executive arm of government, who felt the law should protect both the landlords and the tenants.

And ever since the amendment was done and the bill passed into law, there have been arguments from different quarters as to whether the law would be effective or otherwise. Many have also wondered if the state government will ensure the implementation of the law, which many see as being overtly favourable to the tenant.
A perusal at the contents of the law indicates that collecting rent in excess of one year from tenants is a criminal offence liable of punishment by the state government and will either attract a jail term or payment of fine.

The law, which received the assent of Governor Babatunde Fashola on August 23, 2011, also states that it shall become unlawful and criminal for a landlord or his agent to demand or receive from a sitting tenant, rent in excess of six months in respect of any premises without prejudice to the nature of tenancy.
This means that those who are already tenants of a building are expected to pay no more than six months, instead of the usual one year payment they were mandated to pay by their landlords.

The law also places a fine of N100, 000 or three years imprisonment on any landlord or new tenant who pays in excess of one year and N100, 000 or three months imprisonment for any landlord who fails to issue a receipt to a tenant for payment of rent.
The receipt would afford the authorities the opportunity to monitor compliance with the law. The lawmakers explained that they were not unmindful of the fact that some landlords could be dubious and would want to change strategy, and added that the law, as amended, takes care of those areas.

The law which has 47 sections in all, also makes it clear that it shall be unlawful for a sitting tenant to offer or pay rent in excess of one year for a yearly tenancy, in respect of any premises and any person who receives or pays rent in excess of what is prescribed by the law shall be guilty of an offence and shall be liable to a fine of N100,000.

The law takes a critical look at the relationship between the landlord and a tenant and critically allocates rights and privileges to the two parties. It also spells out obligations of the parties.

Among such rights is the tenant’s entitlement to quiet and peaceful enjoyment of the premises which include privacy, freedom from unreasonable disturbance, noise pollution and nuisance, as well as exclusive possession of the premises, subject to the landlord’s restricted right of inspection.

Section 2 of the law, which addresses the jurisdiction of the courts, states that a court shall have jurisdiction on application made to it by a landlord or tenant or any interested person to determine matters in respect of the tenancy of any premises let before or after the commencement of this law.

“The jurisdiction of a court shall not be ousted by the defendant or respondent setting up the title of any other party. Proceedings may be brought under this Law at the High Court or at the Magistrates’ Court in the division or the Magisterial District in which the subject matter giving rise to the proceedings is located.

“Subject to the provision of this Law, a court shall be bound by the practice and procedure in civil matters in the Magistrates’ Court or the High Court of Lagos State.”

For the purposes of the Law, a tenancy agreement shall be deemed to exist where premises are granted by the landlord to a person for value whether or not it is express or implied; oral or in writing or partly oral or partly written; or for a fixed period.

In place of the N100, 000 fine for whoever offers or receives rent in excess of what is prescribed in the law, such a person may be liable to three (3) months imprisonment

“The receipt shall state the date of which rent was received; name of the landlord and the tenant; location of premises in respect of which the rent is paid; amount of rent paid; and period to which the payment relates.

“Any landlord, who fails to issue a rent payment receipt to his tenant as prescribed under this section, shall be liable to a fine of N10, 000 payable to the court.

Section 6 speaks on the rights of the parties in which the tenant’s entitlement to quiet and peaceable enjoyment includes the right to: reasonable privacy; freedom from unreasonable disturbance; exclusive possession of the premises, subject to the landlord’s restricted right of inspection and the use of common areas for reasonable and lawful purposes.

Subject to any provision to the contrary in the agreement between the parties, the tenant shall be obliged to do the following: “Pay the rents at the times and in the manner stated. Pay all existing and future rates and charges not applicable to the landlord by law. Keep the premises in good and tenantable repair, reasonable wear and tear excepted.
“Permit the landlord and his agents during the tenancy at all reasonable hours in the day time by written notice, to view the condition of the premises and to effect repairs in necessary parts of the building. Not to make any alterations or additions to the premises without the written consent of the landlord. Not to assign or sublet any part of the premises without the written consent of the landlord. Notify the landlord where structural or substantial damage has occurred to any part of the premises as soon as practicable.”

And subject to any provision to the contrary in the agreement between the parties, the landlord shall be obliged to do the following: Not to disturb the tenant’s quiet and peaceable enjoyment of the premises. Pay all rates and charges as stipulated by law. Keep the premises insured against loss or damage. Not to terminate or restrict a common facility or service for the use of the premises. Not to seize or interfere with the tenant’s access to his personal property. Effect repairs and maintain the external and common parts of the premises.

Section 10 of the law speaks on service charge and facilities and security deposits. According to the section “In any case where the landlord or his agent may in addition to rent require the tenant or licensee to pay: a security deposit to cover damage and repairs to the premises; for services and facilities for the premises; or service charges in flats or units that retain common parts on the premises, the landlord or his agent shall issue a separate receipt to the tenant for payments received the such tenant shall be entitled to a written account at least every six (6) months from the landlord of how moneys paid were disbursed.

In the case of monthly tenant, where he is in arrears of rent for three (3) months, the tenancy shall be determined and the court shall make an order for possession and arrears of rent upon proof of the arrears by the landlord.

In the case of a quarterly or half-yearly tenant, where he is in arrears of rent for six (6) months, the tenancy shall be determined and the court shall make an order for possession and arrears of rent upon proof of the arrears by the landlord. In the case of a tenancy for a fixed term, no notice to quit shall be required once the tenancy has been determined by effluxion of time and where the landlord intends to proceed to Court to recover possession, he shall serve a seven (7) days written notice of his intention to apply to recover possession.

The nature of a tenancy shall, in the absence of any evidence to the contrary, be determined by reference to the time when the rent is paid or demanded.

Most landlords, property developers, lawyers and tenants have argued that the law would never achieve its purpose. Some of them who spoke with LEADERSHIP reasoned that the law could only work in a society where there were sufficient housing facilities for the people. Theyalso called on the government to solve the problem of inadequate accommodation first before promulgating any law.

A resident of Jakande Estate, Isolo, Doyin Quadri said the law was a welcome development as thousands of Lagos residents lived in the slums because they could not afford the cost of decent accommodation.

“Accommodation is a big problem in Lagos. Agents and landlords have had a field day before now, subjecting willing tenants to high rates and fees,” Quadri stated.

A landlord, Solomon Bakare described the law as “joke of the year”, and said he would prefer to leave his property vacant than go to jail over tenant problem.

Bakara said, “I never force any tenant to rent my property. They get the house on agreement. No government can control me on how to manage my property. Did the government build it for me?”

To give answer to Lagosians who complained that the government had failed to provide low cost housing, Governor Fashola while signing the tenancy law said his administration had acknowledged role of mass housing programme and plans were underway for low-cost mortgage financed houses in the state.

He pleaded with the few privileged landlords to make some sacrifice to help the poor and less privileged members of the society, saying, “The issues at stake in the new laws are serious moral issues that require voluntary compliance rather than strict enforcement from the government. The problem of corruption cannot be fought in the country with this kind of situation that requires a tenant to pay two years rent in advance. How many employees get two years salaries in advance to make such payments? Does the landlord lose money if he collects his money as at when due?” Fashola queried.
?