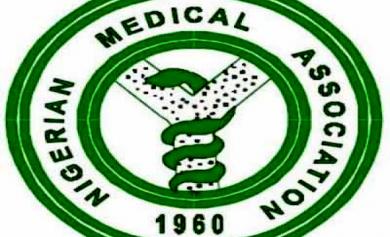 It’s estimates that there are over 21,000 plant species with medicinal value, while a good percentage of the plants are believed to be available in Nigeria. 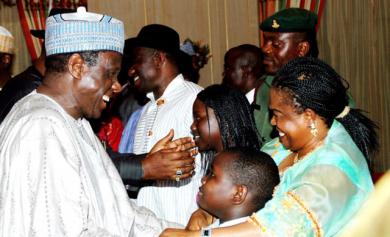 With 14 years into the democratic dispensation many wonder whether democracy, as practiced by the country’s politicians and understood by its electorate, has made any significant difference in the lives of Nigerians.

Standing Tall From The Wheelchair

The appointment of Muhammad Idris Apa as permanent secretary and Solicitor-General of Nasarawa State stirred emotions and wild jubilation, especially among people living with disabilities.
At the ceremony of oath-taking, Apa depicted a picture of a cou…

The South Korean Ambassador to Nigeria, Jong-hyun Choi, in this interview with KINGSLEY OPURUM, speaks extensively on the bilateral ties between Nigeria and his country. He also talks about how the Nigeria government should channel investment in human … 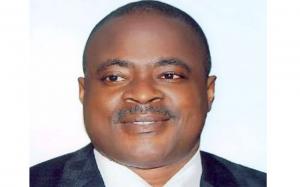 The Commissioner of Local Government and Chieftaincy Affairs in Akwa Ibom State, Effiong Abia, in this interview with Bernard Tolani Dada, speaks on issues concerning local council administration, severance package for office holders and the oncoming 2… 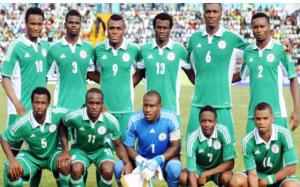 In just over a week’s time, the greatest continental football show piece in Africa, the African Nations Cup, will commence in South Africa. The south Africans claim that they are ready to receive the whole of Africa and there is no reason to disb…

The commander of the Niger Delta Joint Military Task Force, code-named ‘Operation Pulo Shield,’ Major General Johnson Ochoga, in a chat with Osa Okhomina, reviews the campaign against crude oil theft, and the complicity of some foreigners a…

Majority Leader of the Edo State House of Assembly, Hon. Phillips Shuaibu, in this interview with PATRICK OCHOGA, speaks on the recently introduced land use tax bill accented into law by Governor Adams Oshiomhole, saying it will create employment and d…

Senior Special Assistant to the Bayelsa State Governor on Small and Medium Enterprise (SME), Ebiekure Jasper Eradiri, in this chat with Osa Okhomina, looks into the state government’s effort to attract investment and create wealth in the state.
W…

Christmas/New Year: Nigerians Not Giving In To Hard Times

The Yuletide seasonal festivities for this year are upon us. KELECHI OLUIGBO, LIMAN DORCAS, NANCY GBONGBON AND AYODELE ABIMBOLA report that markets and parks in the Federal Capital Territory (FCT) and its environs are buzzing with activities, as residents shop or leave town to celebrate the Christmas and New Year.

Although the bad turn of the Nigerian economy and the lingering fuel scarcity in the Federal Capital Territory (FCT) and surrounding states continue to press hard, Nigerians, it appears, are determined not to give in to these twin monsters as they prepare to celebrate the Yuletide and the New Year.

Going by the feverish pitch of commercial activities that LEADERSHIP WEEKEND observed in several markets and major motor parks in the FCT and its environs, it seems that Nigerians are not allowing the cash crunch and threat of fuel scarcity to dampen their enthusiasm or scuttle their plans for the coming festivities.

Similarly, Mallam Umar Salisu, who sells chicken in the market, said ”business had picked up quite fast as the festivities approach. “I am always happy during festive periods like this because I sell very well compared to normal days when there are no celebrations. Only yesterday I sold about 75 chickens, Mun gode Allah.”

Also, a rice seller at the market, Mrs. Victoria James, said: “ I am happy, market is moving so well. I am happy and I give God the glory”

And, Mallam Sani Ibrahim, who sells Christmas cap at N300 apiece on a walk-way at Wuse Market, told that he had enjoyed high patronage, even as he declined to furnish LEADERSHIP WEEKEND with his daily sales figures, with a large grin on his sweaty face.

But Mahmud Wafa wholesaler of rice in bags at the market said: “Sales is not moving at all unlike last year. By this time last year, I was hard pressed to satisfy my customers who laid siege to my shop and all of them wanted me to answer them at the same time, I think things are dull this year because of lack of no money. Because of this, we still sell at the normal price; nothing has changed in my line of business.”

Akan David, who sells used shoes also at Wuse Market, said “people are buying well because here they can get shoes at cheaper rates. Our prices have changed slightly higher because this is a festive session. People buy a lot more for Christmas compare to other festive seasons.”

Gift Sammy, who was at the Wuse Market to shop for dresses told LEADERSHIP WEEKEND that they “cost more now. I guess it is because of the Christmas season.”

At Karu Market, a retailer of Ankara, lace materials, shoes and jewelries, Mrs. Christy Ochanya, said “although the prices of things are high, my business is moving gradually and I thank God for everything.”

But Mr. Tyke Ike who sells bags at Wuse Market said: “Sales is poor and I think this is due to the economic meltdown in the country.”

A shopper, Janet Awa, observed that compared to last year, the costs of things are higher and there is no money in the country. The bag of rice that cost N9,500 before is now N11,500.”

Exodus: ‘The Movement Of The People’
The major motor parks are also busy as residents travel out of the FCT to their home states for the Yuletide and New Year.
But Mr. Sunday Yakubu, an inter-state driver at Utako Motor Park, said the volume of passengers handled thus far at the park was lower than last year’s.

Yakubu attributed the development to the lingering fuel scarcity in the FCT, which he said had “forced us to increase transport fares. Fuel stations have adjusted their pumps, hence the petrol we normally buy at N10,000 is now N13,000. We have no choice but to make passengers pay more, which many people cannot afford and perhaps that’s why some people are not travelling for the celebrations this year.”

Manager of the park, Mr. Salem Bello, agreed with Yakubu on the low patronage, saying: “By this time last year, the park was already flooded with people. But as you can see people are not many now and we have to wait for a long time before the buses get filled.”

However, Bello disclosed that the Kaduna, Kano, Jos and the eastern routes “are moving faster than other destinations.”
But an official of the New Nyanya Transport Company Limited Onyechimereze  Ekwueme, said the firm has not increased its fares “because we buy fuel outside Abuja.”

Despite this, Ekwueme said “the inflow of passengers has been slow this year compared to 2011. By this time last year, we had already rolled about 60 vehicles from our Nyanya park alone, but this year it is different. Many people are complaining of lack of money; that is why they cannot travel home for Christmas or New Year.”

Mrs. Margaret David, a passenger at the New Nyanya Transport Company Limited, confirmed to LEADERSHIP WEEKEND that the company has not increased its fares.

But at Jabi Park, a driver, Mr. Kayode Alabi, who plies the Abuja-Ado Ekiti route, said patronage has been good.
Also, Mr. Ibrahim Yusuf, an assistance driver, said ”patronage is high. The NURTW bus I work with conveys passengers to Lagos for N4200, which is the normal price we charge.”

But a Benin-bound passenger, Mana Asone, complained that the fare “has been increased to N3,100 instead of N2,200 because of the fuel scarcity.”

Also an Akure-bound passenger who declined to disclose his identity, said he paid N3,250, instead of N3,000, for the trip.”