The Kogi Government is committed to providing a conducive learning environment for pupils and students in its educational institutions, the Deputy Governor, Mr Yomi Awoniyi, has said. 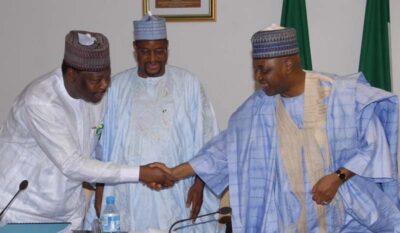 Awoniyi said on Thursday in Lokoja that, that would enable the students compete favourably with their counterparts in other institutions across the country and in the world.

This is contained in a statement issued by his Press Secretary, Mr Michael Abu.

According to the statement, Awoniyi gave the assurance when he inspected renovation works at the Kabawa Primary and Secondary School, used as camp for displaced persons during last year’s flood disaster in the state.

The deputy governor said that some schools would be selected and reconstructed using the Subsidy Re-Investment Programme Funds to serve as model schools in the state.

He noted that indigenous contractors would be patronised for the project, adding that performance would be the yardstick for award of contracts.

Awoniyi also said a good learning environment would bring out the best in students in public schools, and urged the pupils and students to focus on their studies.