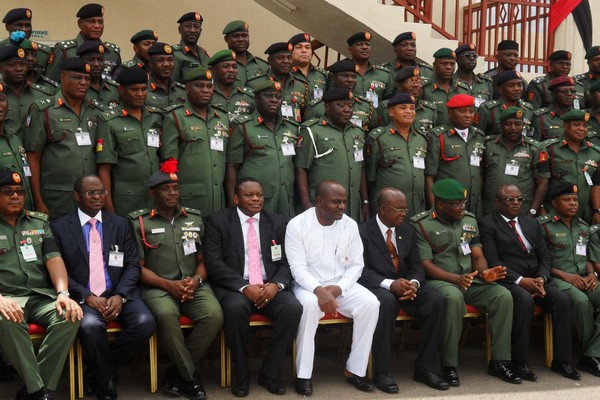 The Chief of Army Staff, Lt.-Gen. Azubuike Ihejirika, said on Thursday that the success of the war against terror in the North East depended on the logistics corps of the army.

At the closing of the 16th Combat Service Support Training Week in Enugu, Ihejirika said the effectiveness of the corps would determine the outcome of the insurgency war.

He urged the service support corps, which includes the corps of supply and transport, electrical and mechanical engineers, medical and ordnance, to be ingenious in the discharge of its duties to win the war against terror.

He identified lack of training and exercises as a major problem facing the logistics corps.

On the medical corps, the army chief said it needed to be expanded so that more young medical doctors could be added to its personnel.

“We need to attract as many doctors as possible. I think the job scope should determine the structure of the medical corps,’’ he said.

He said the army would also invest in the engagement of combat medics to assist frontline troops in need.

The training, which attracted participants from different army formations, began on Monday.

Speaking earlier, the General Officer Commanding the 82 Division, Maj.-Gen. Adebayo Olaniyi, thanked the chief of army staff for being at the training.