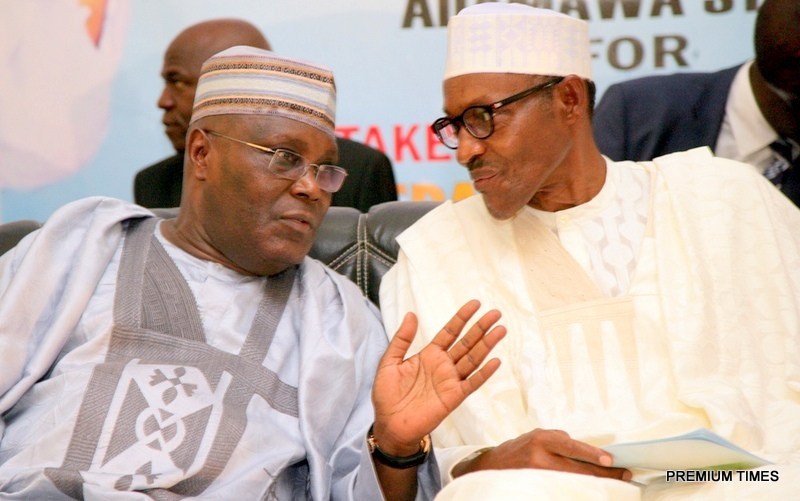 The People’s Democratic Party (PDP) has claimed that its candidate, Atiku Abubakar won the 2019 presidential elections with 1,615,302 votes.

It claimed the figure is the true and correct result from 35 states and the FCT, with the exception Rivers as there was “no report on server” from the PDP stronghold, captured by the INEC server.

The claim is contained in a petition filed on Monday before the Presidential Elections Tribunal in Abuja against INEC (first respondent), Muhammadu Buhari (second respondent) and the All Progressives Congress third respondent.

The PDP basis the strength of its petition on 50 documents to back up its claims of victory and nullification of INEC’s declaration of Buhari as the winner of the February 23 exercise.

The 50 sets of documents which they, in the petition, gave INEC the notice to produce the original copies of those in its custody.

It is also seeking that Atiku be announced winner on grounds that Buhari did not possess the constitutional minimum qualification of a school certificate.

“The circulars/corrigenda/manuals issued by INEC for the conduct of the Presidential Election held on 23/2/2019; Polling Unit materials checklist; summary of total registered voters on units’ basis; summary of PVCs collected on units’ basis; Voter Registers and letters of complaints about irregularities and malpractices during the election addressed to the INEC/Police/other relevant agencies/institutions.

“Security reports relating to the election video/audio recordings/DVD/CD relating to the Election; Election Observers’ or Observers’ Reports; Newspaper/Television/ Radio reports and news; appointment letters and tags of PDP agents; expert reports and analysis; and photographs and GSM and other phone outputs”.

The PDP raises five grounds of the petition to the Tribunal which read: “The 2nd respondent (Buhari) was not duly elected by the majority of lawful votes cast at the election.

“The election of the 2nd respondent is invalid by reason of corrupt practices.

“The election of the 2nd Respondent is invalid by reason of non-compliance with the provisions of the Electoral Act, 2010 (as amended).

“The 2nd respondent was at the time of the election not qualified to contest the said election.

“The 2nd respondent submitted to the 1st Respondent an affidavit containing false information of a fundamental nature in aid of his qualification for the said election.”

They sought among their five main prayers, that the tribunal should determine that Buhari “was not duly elected by a majority of lawful votes cast in the said election” and therefore his declaration and return by INEC “as the President of Nigeria is unlawful, undue, null, void and of no effect.”

They also prayed that Abubakar having been “duly and validly elected” ought to be “returned as President of Nigeria, having polled the highest number of lawful votes cast at the election to the office of the President of Nigeria held on February 23 and having satisfied the constitutional requirements for the said election.

They sought “an order directing the 1st respondent (INEC) to issue a Certificate of Return to the 1st petitioner (Atiku) as the duly elected President of Nigeria”.