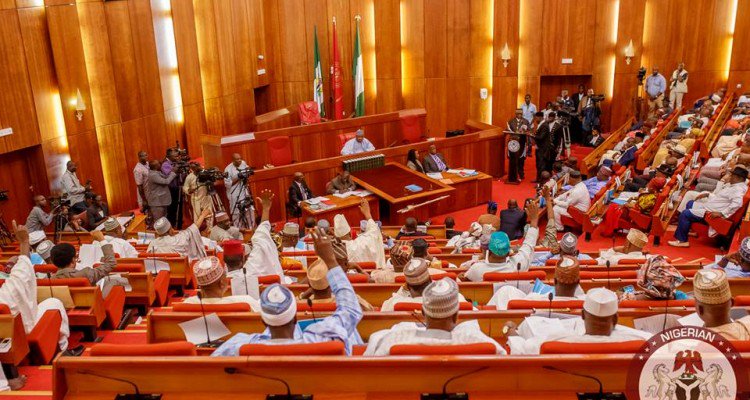 The Peoples Democratic Party (PDP) has cautioned the All Progressives Congress (APC) concerning leadership of the National Assembly and House of Representatives.

APC hopes to avoid a re-occurrence of the ‘disaster’ that occurred in the 8th National Assembly where Bukola Saraki became Senate President under its platform and Ike Ekweremadu of the PDP was Deputy before Saraki decamped to the opposition.

It currently holds majority seats with 64 senators-elect so far in the Red Chamber to PDP’s 41.

The party chairman, Adams Oshiomhole consistently emphasises that they will ensure APC takes leadership of the National Assembly and House of Representatives.

However, PDP spokesman, Kola Ologbondiyan has described the move of APC as “laughable” and “empty grandstanding”

In the midst of his statement, he reminded the APC of Aminu Tambuwal who won the seat of House of Representatives under PDP and later decamped to APC still maintaining the position.

Ologbodinyan said: “It is laughable and amounts to empty grandstanding and self-delusion for President Muhammadu Buhari and the National Chairman of the APC, Adams Oshiomhole, to pose as if the presiding offices and committee chairmanship in the National Assembly are exclusive rights of the APC.

“President Buhari and Oshiomhole should wake up to the fact that the National Assembly belongs to no political party but to all Nigerians, who exercise their control through their elected representatives.”

“Section 92 (1) makes the same provision for the election of the Speaker and Deputy Speaker of State House of Assembly.”

He added that “The PDP, therefore, does not only have a constitutional say in the process of the emergence of the leadership of the 9th National Assembly, but will, as a matter of constitutional right, field candidates into presiding offices of both chambers, if need be.”