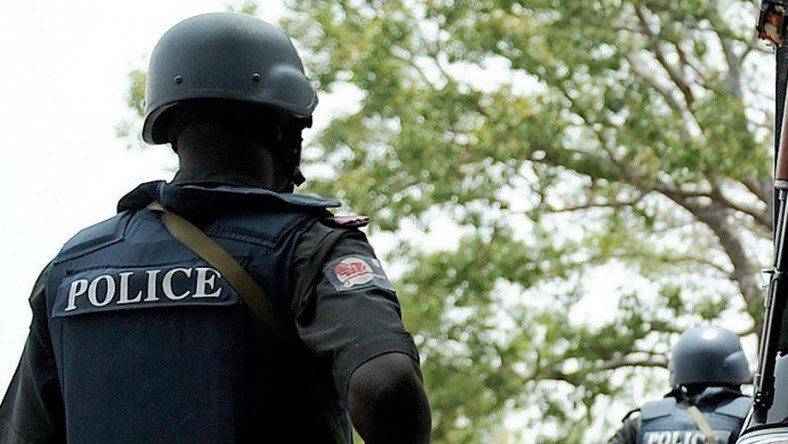 Three trigger-happy Policemen attached to Soloki Police Station, allegedly shot a motorcyclist to death on Thursday, at Kilo, in the Surulere area of Lagos.

The victim identified as Ademola Moshood was reported to have closed the business of the day and was just about a minute ride from his home before the fatal incident.

Eyewitness accounts have it that Moshood was stopped by three Policemen who stopped him, demanding for 200 bribe.

The victim refused to give them as he had closed for the day. They beat him with a baton after which one of the officers who was armed walked to the side of the okada rider, pointed a gun to his head and pulled the trigger.

The trio simply identified as AK, Patrick and an unknown officer, fled the scene on sighting that Moshood was dead. They left with his motorcycle in their van, leaving him in a pull of his own blood.

Residents of the area alleged that police officers from Soloki police station daily engaged in the extortion of commercial bus drivers and motorcyclists.

One accounted said: “The officers stopped the deceased and were trying to extort money from the motorcyclist, but he did not give them because he said he had closed for the day and was only heading home. The officers insisted that he must give them money and weren’t listening to anything he was saying. Next thing we knew, one of them went to his side, placed his gun to the Okada rider’s head and shot him.”

Another witness confirmed that they left with the deceased’s bike without care that he laid on the ground in a pool of blood.

“When they saw that he was dead, they took off in their patrol van with the dead man’s motorcycle, while leaving him on the floor in a pool of his blood at the bus stop.”

A witness named Mr Emmanuel said: “AK led the team of policemen on the extortion mission with two other officers, and he was the one who pulled the trigger after the motorcyclist refused to drop something for them.

“The man was less than a minute from his house. He had already closed for the day and so he couldn’t give them money, but they refused to let him go. The officers started beating him with a baton and later shot the man and took his bike away. The policemen in this area are always in the habit of extorting money from road users.”

Residents stormed the Police Station in protest of the incident but were visited by policemen who shot at them after they spotted the three culprits hiding behind a van in the compound.

“At the station, the officers who killed the man were seen hiding around a van and pretending as if nothing happened. When we asked that they should produce the man that killed Moshood, other officers started shooting at us, telling us to leave,” one of the residents said.

It took the intervention of the Area Commander, G.I. Eze, who pacified the angry residents. He expressed displeasure at the act of the officers and said they would be tried and prosecuted accordingly, assuring that the matter would not be swept under the carpet.