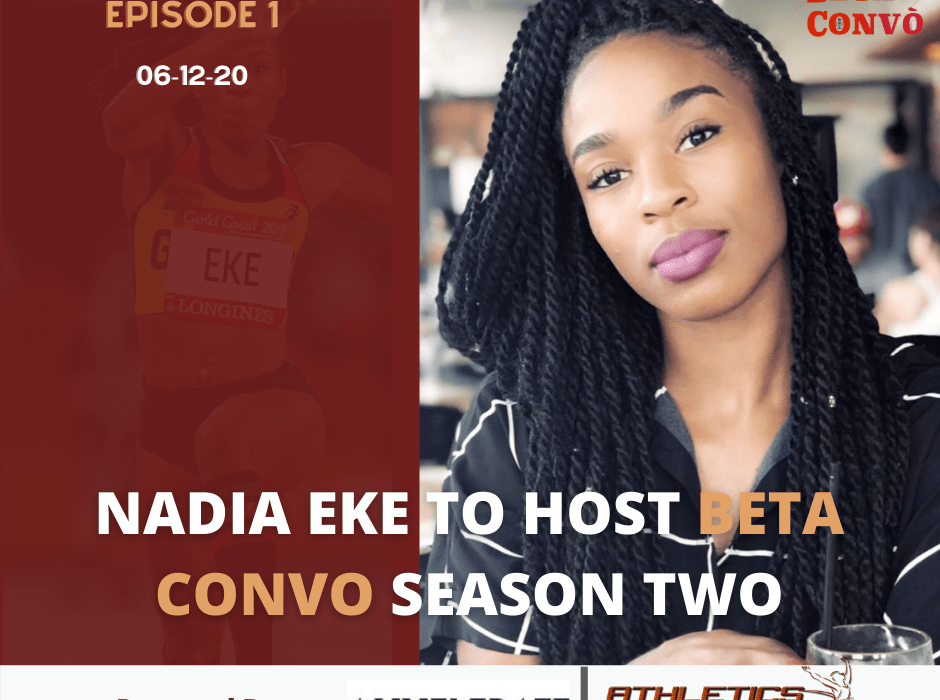 Ms Eke, the Founder and CEO of Axxelerate, joins as host after taking part in season one of the show. As a professional athlete with background in college athletics, higher education and the non-profit sector, Nadia brings both industry insight and professional network to the show.

Additionally, as a four-time NCAA All-American, former Ivy-League Woman of the Year, and accomplished national record-holding athlete, Nadia understands what it means to succeed at the highest level athletically, academically and professionally.

She won a silver medal at the 2014 CAA African Championships in Marrakech, Morocco and took the bronze at the 2015 African Games in Brazzaville, Republic of the Congo. In 2016, she became the African triple jump champion in Durban, South Africa.

Editor in Chief of AthleticsAfrica, Mr Yomi Omogbeja said: “I’m totally chuffed Nadia has agreed to host BETA CONVO for us, and for the partnership with Axxelerate to engage and provide the necessary mentorship for African athletes as they transit from their professional career to life beyond the sport.”

“BETA CONVO is our flagship podcast and conversation series where we have real conversations with current and retired African athletes with a view to get to know them better, and to connect them to the fans of the sport on the continent.”

The first episode of BETA CONVO Season Two will air on AthleticsAfrica TV on YouTube on Sunday 6 December 2020 at 7.00pm GMT.

The AthleticsAfrica team provides up-to-date track and field news, marathon and live events information, comment, results, images and videos about African athletes from the heart of Africa on mobile and web.

Axxelerate is focused on helping professional athletes discover their aspirations beyond the sport and facilitating the pursuit by establishing the necessary foundation and network for execution.

Axxelerate is the first of its kind to provide a holistic approach to career enrichment services for the professional athlete. Through executive education, project implementation and networking, our team nurtures the athlete’s aspirations from ideation to reality.