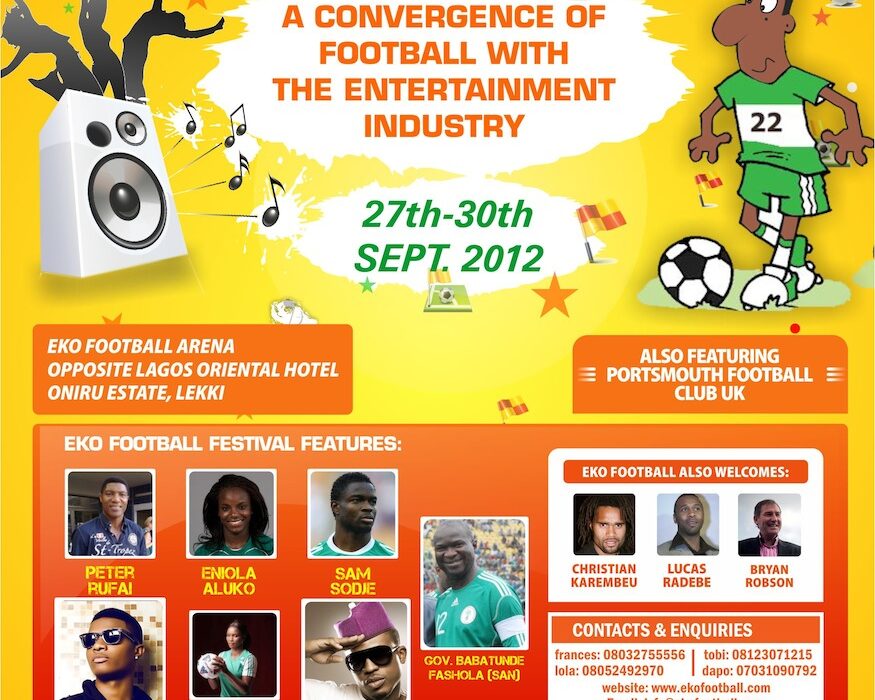 A four day B2C event which will take place at a 5-A side Football Arena with provision for a performance stage to be set up close to the Oriental hotel in Lagos.

Day One will feature an opening ceremony showcasing a display of Lagos cultural heritage, coaching clinics with celebrity footballers, age group youth football competitions with music, dancing and other attractions in between matches. Highlight of the Day will be a World Stars team to include popular retired football stars Vs Eko Football celebrity team to be led by the Governor of Lagos state.

Day Two will feature various football exhibition performances, star appearances, music and fashion shows. Highlight of the day will be a youth team competition involving internationally renowned football clubs and a selected EkoFootball youth team. Honours and awards to be presented to various celebrities at the evening Gala event

Soccerex’s commitment to promoting the growth of football business worldwide reaches new regions in 2012 with their inaugural event in West Africa, the Soccerex Seminar Lagos, 27-28 September.

In partnership with Lagos State Football Association, the Soccerex Seminar Lagos will provide a commercial platform for 750 key global industry stakeholders to network, foster new business links and share knowledge in one of football’s most lucrative emerging markets. 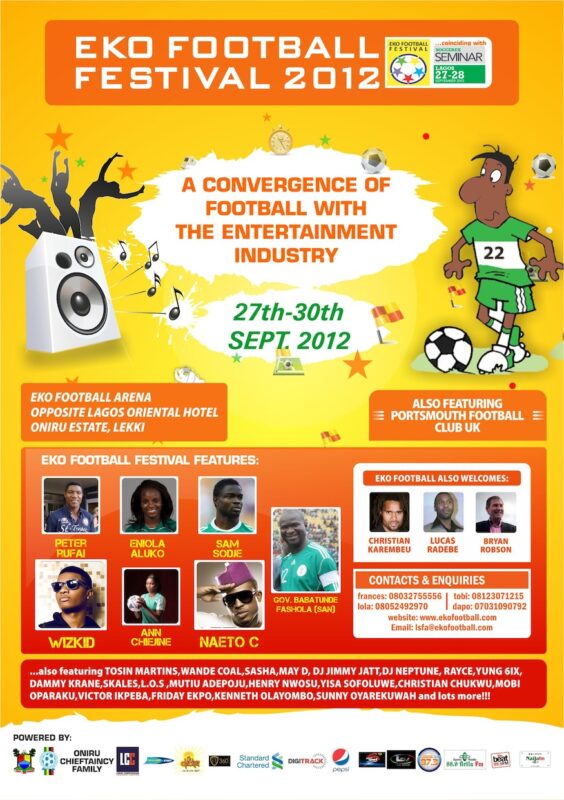