Aviation Minister Stella Oduah on Thursday said the ministry has commenced investigations into the plane crash at the Domestic wing of the Murtala Mohammed International Airport, Lagos. 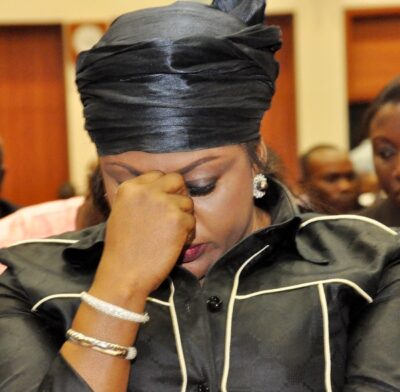 Oduah, who made this known in Abuja at a news conference, said the `Black Box’ of the aircraft had been found.

The Embraer 120 aircraft, with registration number 5N-BIT operated by Associated Airlines which was on a private charter flight from Lagos to Akure, crashed shortly after take-off.

The aircraft was said to have been carrying 20 persons, including the crew as well as the remains of the former governor of Ondo State, Dr Olusegun Agagu.

Oduah said the Black Box had been handed over to the Accident Investigation and Prevention Bureau to determine the cause of the accident.

According to her, efforts are on to contact the families of the victims before releasing the manifest containing their names.

“The Federal Ministry of Aviation deeply commiserates with the families of the victims. Our thoughts and prayers are with them at this difficult time,’’ Oduah said.

She urged members of the public to be patient while the investigation progresses, and assured them that it would be thorough.

The minister assured Nigerians that the country’s airspace “remains safe and secure’’.

Meanwhile, Rescue Coordination and Trauma Centres had been set up at the Annex of the Nigerian Civil Aviation Authority (NCAA) to provide necessary information and support.