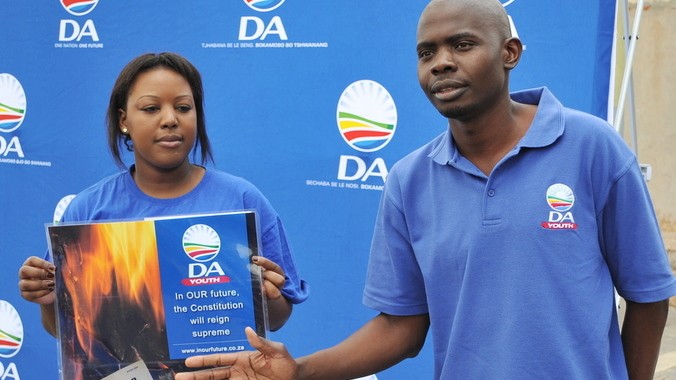 Democratic Alliance federal deputy chairperson Makashule Gana has called on South African men to “provide” properly for women, rather than lash out at nonnationals for “stealing” women away, the City Press reported.

Gana, one of three DA deputy federal chairs and a candidate in the running next month for DA federal chair, was speaking at a small DA rally against xenophobia at Constitution Hill, where other provincial leaders, including John Moodey, also spoke.

Gana urged the crowd to spread the message of not taking part in xenophobic attacks to “our wives, girlfriends, boyfriends, makhwaphenis (secret lovers), neighbours and brothers”.

He said: “We cannot be held ransom by people who commit acts of xenophobia. Let’s isolate these criminals who are doing these acts in our name.”

He also urged South Africans to look at themselves and not blame nonnationals for stealing their jobs when these jobs didn’t exist in the first place.

He also said some South Africans blamed foreigners for taking their girlfriends, but they didn’t even have the courage to go and speak to a woman.

“If you can’t speak to a girl, now all of a sudden a man that comes from Zimbabwe or Nigeria that can speak to a girl now must be killed. What is that?”

South African men should also provide well for their women, Gana said, to applause and laughter from the 200-strong crowd.

“So I ask my fellow brothers from South Africa, if you want a woman please go speak up, don’t go around and killing someone from Nigeria because they can speak up for themselves. Speak out because it is important!” he said.

Read the full story in the City Press SA.