Manu Garba, the Nigerian under-17 boys football team’s Head Coach, on Thursday listed 21 players to represent the country at the 15th FIFA U-17 World Cup finals. 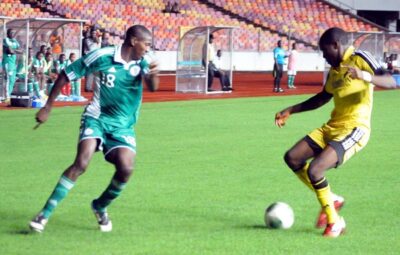 The list was made available in a statement in Abuja by the Nigeria Football Association (NFA), released by its Assistant Director (Media), Ademola Olajire.

The News Agency of Nigeria (NAN) reports that the competition is billed for the United Arab Emirates (UAE) from Oct. 17 to Nov. 8.

Team captain Mohammed Musa, as well as striker Isaac Success and midfielder Idowu Akinjide were among the players picked for the competition Nigeria won its 1985, 1993 and 2007 editions.

Nigeria will play world champions Mexico, Sweden and Iraq in Group F of the competition. The Eaglets’ first game is against the Mexicans in Al Ain City on October 19.