Dark week as world mourns loss of over 200 lives 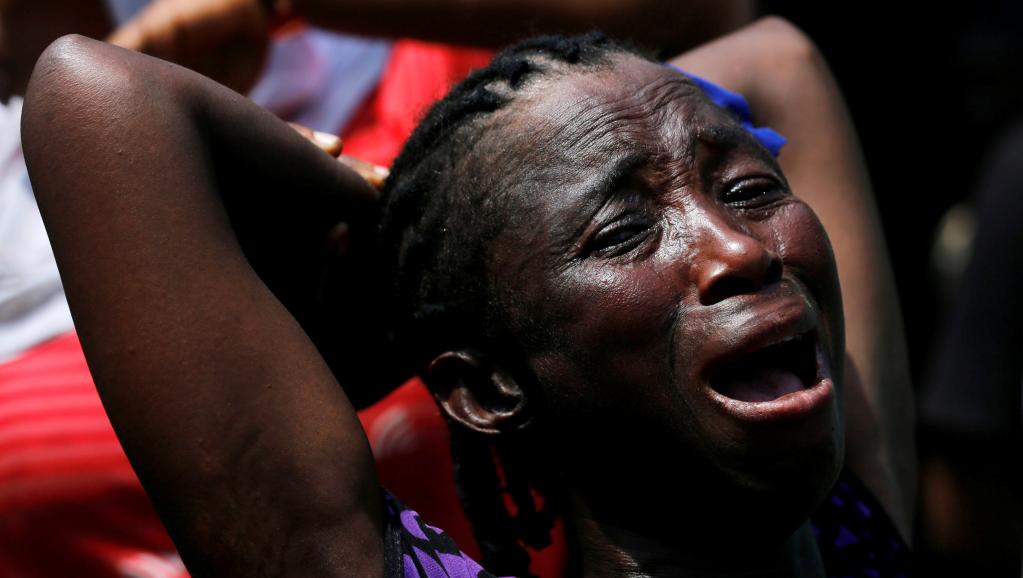 The world recorded the darkest week in the first quarter of 2019 as lives were lost across the globe.

In one week, blood, tears and death wreaked from Addis Ababa, Ethiopia to Lagos, Nigeria, to Christchurch, New Zealand. All incidents taking over 200 lives.

On Sunday, March 10, an Ethiopian Airline ET 302 Boeing 737 Max 8 jet loaded with 157 passengers, headed for Nairobi, crashed just six minutes in the air, after it took off from the Addis Ababa Bole International Airport.

All 157 passengers which included nationals of 35 countries from African, European and Asian countries, with some United Nations officials, died.

The Sunday crash was the worst air accident the fastest growing African airline has ever witnessed in its history. An incident which has led to the subsequent ban of all Boeing 737 Max planes around the world.

Delivery of the new plane, with almost 5,000 models still on order, has been paused, although Boeing is continuing production.

Russian carrier Aeroflot said on Friday it may cancel its order for 20 planes. Air Canada, which planned to expand from 24 to 36 737 Max planes in its fleet this year, told investors it was suspending its financial forecasts without the more fuel-efficient jets.

In a response to the ban and grounding imposed by global airline regulators, Boeing halted the delivery of all 737 Max planes as its stock went down by 11%, globally, in the week of the crash. It, however, refuses to stop production of the plane.

“We continue to build 737 Max airplanes, while assessing how the situation, including potential capacity constraints, will impact our production system,” the company said.

Investigations into the crash have begun with the recovery of the black box on Thursday.

On Wednesday, March 13, a three-storey building said to be built about 30 years ago, housing residential apartments and an elementary school on the Island section of the state, caved in to the ground floor, leaving people trapped, some, dead.

The cause for the collapse remained unknown into Thursday as reports of casualties hit the public with unconfirmed number nearing 14 dead and a number of victims rescued from the rubble undergoing treatment at a Lagos hospital.

The incident which occurred in the Ita Faji area of the state left recorded numbers of death, mostly pupils from the school which sat at the top floor of the building before its collapse.

A mother of two dead pupils could not bear the news of her children’s death that she committed suicide on Thursday.

The unnamed woman who delivered the two children aged six and four through Caesarean Section (CS) consumed a container full Sniper insecticide much to the dismay of sympathisers.

“Nobody knew what she wanted to do with the Sniper. But a few minutes later, we saw the bottle beside her where she was sleeping and we found out that she was already dead,” a neighbour was reported saying.

The Government of the state announced end to the rescue operation on Thursday, after they reached ground zero and the last dead recovered in the early hours of the day.

In a proactive response to the building collapse, the Lagos state government embarked on demolition of all buildings in the area marked to be razed.

An official report from the State government on Friday put the death records at 20.

Less than forty hours after the building collapse in Lagos, Nigeria, an extremist Caucasian rained bullets on Muslim worshippers in two mosques in Christchurch, New Zealand on Friday local time, in a terror attack.

At least 49 people were killed and 40 seriously injured. Three men were already taken into custody at the time of this report.

The Caucasian perpetrator of the attack, a man reported to be in his late 20s, has been charged with murder. Authorities of government of Police say they found an 87-page manifesto filled with anti-immigrant, anti-Muslim ideas.

New Zealand’s prime minister called the attack an “unprecedented act of violence” and “one of New Zealand’s darkest days.”

UN Secretary-General’s António Guterres is “shocked and appalled” by the terror attack in New Zealand, his spokesperson said, and he “extends his deepest condolences to the families of the victims.”

“The Secretary General recalls the sanctity of mosques and all places of worship,” the spokesperson said in a statement. “He calls upon all people on this holy day for Muslims to show signs of solidarity with the bereaved Islamic community.”

Guterres underscored the “urgency of working better together globally to counter Islamophobia and eliminate intolerance and violent extremism in all its forms.”

The shootings sparked defense responses across the world, particularly in the US where security personnel were heavily deployed to mosques and other religious places of worship.

India’s minister of external affairs, Sushma Swaraj, condemned the attack and condoled with the bereaved Christchurch community and the entire New Zealand.

“We strongly condemn the dastardly terrorist attacks at the places of worship in Christchurch. Our heartfelt condolences to those who lost their loved ones.

Our thoughts and prayers are with the affected families. In this moment of grief, India stands in solidarity with the people and Government of New Zealand.”

The suspect, named, Brenton Tarrant, an Australian-born posted videos of himself on the way to the Christchurch mosque and the shootings. He was said to be listening to a Serb nationalist song dedicated to the Bosnian Serb wartime leader, Radovan Karadži?, who has been convicted of genocide and crimes against humanity. He appealed the verdict which has been set for final hearing next Wednesday.

The song being played is a nationalist anthem glorifying Karadži? with the lyrics: “Wolves are on the move from Krajina [a Balkan region] Karadži? lead your Serbs, let them see they fear no one”

The Serbian warlord is accused of masterminding and leading the massacre of about 8,000 Muslim and boys in 1995 in Srebrenica.