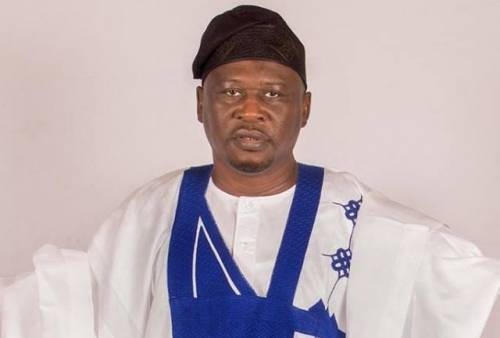 Ahmadu Fintiri of the Peoples Democratic Party (PDP), has been declared the governor-elect for Adamawa State after the supplementary governorship election of Thursday. Fintiri was announced winner in the early hours of Friday by the Returning Officer, Professor. Andrew Haruna, with 376,552 votes to defeat incumbent Governor Jibrilla Bindow of the All Progressives Congress (APC) who got 336,386 votes. Son…

The Management of Adamawa Polytechnic,Yola, on Thursday confirmed the accreditation and approval of seven new courses in the institute by the  National Board for Technical Education (NBTE).

Rector of the Institution Prof. Bobboi Umar told the News Agency of Nigeria (NAN) in Yola that the development was first of its kind in the history of the institution.

Umar said, " the institution is able to record a remarkable achievement where about seven new courses were accredited by the NBTE."

According to him, the management of the institution is making arrangement to establish a radio station where students will receive training, following the approval of the mass communication course.

Umar, however, said that the institution was making effort to ensure that the accreditation of other relevant courses was successful during the next visit of the board.

He said that the state government had spent a lot on upgrading and expansion of the institution where nine departments and administrative buildings were constructed.

"Government has also supplied the institution with modern and sophisticated teaching equipment that can compete with any polytechnic in the country," he added.(NAN)

A violent conflict between farmers and herdsmen has resulted in the death of eight people in Galtum, a village in the eastern part of Ganye Local Government Area of Adamawa State. An eye witness account said about eight people were confirmed death alth...

Adamawa Local Government Election Tribunal has fixed February 7 for proper hearing in the case filed by the CPC challenging the November 24, 2012 council polls in the state. Chairman of the tribunal, Mr Babakano Abubakar, announced the date on Tuesday ...

Anxiety has gripped Adamawa State as two parallel Chairmen of Peoples Democratic Party (PDP) emerges yesterday with each claiming to be the legally substantive Chairman in the state. The confusion in the state arises following the declaration by the Na...