Nadal Out Of Montreal

Nigeria A-Z Online > News > Nadal Out Of Montreal
Share this with friends... 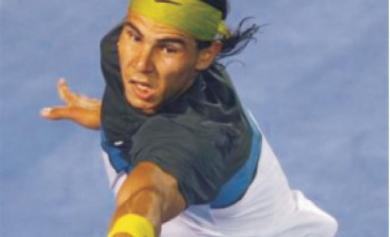 Rafa Nadal is out of Montreal Masters. The Spanish world number two was stunned 1-6 7-6 7-6 by unheralded Croatian Ivan Dodig in his opening match of the tournament.

Back in action for the first time since losing to Novak Djokovic in the Wimbledon final on July 3, Nadal had looked poised for a routine comeback victory after storming through the opening set of the second round encounter.

However, the 41st ranked Croatian had other ideas and would not be bullied by the muscular Mallorcan, matching Nadal shot-for-shot before ending the three-hour thriller with a backhand cross-court winner.

Despite an inconsistent performance, Nadal had his chances to seal the contest when he led 5-3 in the deciding set and served for the match, but the two-time champion on Canadian hard courts was unable to put away his stubborn opponent.

It was Nadal’s first opening match defeat in a tournament since Rome 2008.

The loss will be a blow to Nadal’s Flushing Meadows preparation, where the Spaniard will launch the defence his US Open crown later this month.
“I don’t feel I played bad but in the decisive moments I didn’t play well. He didn’t feel the pressure in the important moments and at the end of the match, probably I was a little bit unlucky. I felt like I played well enough to win but that’s tennis.”
?