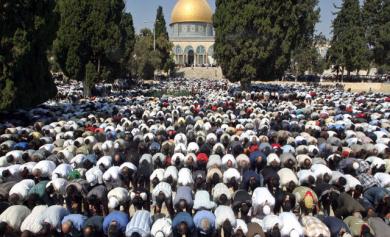 Residents of the Federal Capital Territory (FCT) yesterday defied the rains and the security concerns in the city as they thronged to recreation centres across the city to celebrate the Eid-el-Fitr feast.
The large turn-out witnessed at the recreation centres was contrary to expectations from many quarters, considering the security situation in the FCT, which was further heightened, following last Friday’s bomb attack on the United Nation’s building in the central business area of the city.
There was however strict enforcement of law at the parks visited as gun-wielding security officials from the Department of State Security and the police, were deployed to provide security at most of the parks.
Those who visited the parks were subjected to thorough frisking, using modern security gadgets, just as vehicles were checked thoroughly before allowed to gain entrance in to the parks.
An official of the Department of State Security, who spoke on condition of anonymity said they were adequately prepared and equipped to forestall any acts of lawlessness and stressed that the government was leaving no stone unturned to ensure the safety of residents.
At the Wonderland Amusement Park, the Assistant Superintendent of Police (ASP), Ochichi Boniface, in charge of security in the vicinity said the heavy presence of law enforcement agents was due to the security situation in the country.
“There is need for tight security of the establishment because of the presence of many children here, the police is here to ensure there is no breach in security,” he said.
A resident, Morris Kalu, told LEADERSHIP that he was not deterred from celebrating the sallah by the security situation.
“Yes I’m scared of the present situation in the country but there can just be as much threat of bomb blasts any other place in the city apart from this place. I just decided to bring my children here to have a good time instead of sitting tight at home,” he explained.
Another resident, who also brought his children to the amusement park, Mr. Ibrahim Mohammed, said the security situation was not enough to deter him from celebrating the sallah the way he would love to do, with his family, just as he said everything was in the hands of God.
He said, “If I were afraid you will not see me here. I am a pure Muslim and that is what is important. Protection is in the hand of the creator.”
For Ms. Ronke Adiyemi, she was afraid, but the fear was not strong enough to deny her children fun on a special day like this.
A member of the management team at the park, Mr. Basma Sadallah said the turn-out of people at the park was below expectation.
“We are supposed to have more turn-out than this but the poor turn-out can be attributed to a number of issues. Some people may be too scared because of the security situation in the country, while some may have travelled out of the FCT for the celebration. But we expect an improvement by tomorrow,” he explained.
At the Millennium Park, residents were seen playing games with their families and friends.
A civil servant, Mr. Oluwafemi Adebanwo, said that even though he is a Christian, it was not out of place for him to join the Muslims in the celebration, describing it as a show of oneness.
He said he did not entertain any fear about any untoward happening at the park, but said the government must do its best to ensure that its citizens do not continue to live in fear of attacks from a section of the society.
A fashion designer, Mrs. Gambo Bolarinwa, who brought her four children to the park told LEADERSHIP that as a family tradition, she always took the children out during such celebrations to interact with other people, noting that it was also a form of learning.
She said for her everyday was a celebration as some people did not even have the opportunity of being alive.
On the issue of security, she said that even though she was scared, “life must still go on.”
On his part, a student, Mr. Luka Mangadu, said that he scarcely had time to recreate so he took advantage of the holiday to go for sight-seeing with his friend.
He expressed fears about the security situation, and said, “One cannot easily say he is safe because anything can happen anywhere, even in places where you least expect but the security arrangement here has made me a bit relaxed.”
Mangadu called on the government to increase security surveillance in the country and train security personnel to be able to combat the new wave of crime in the country.
For Mr. Saidu Muhammed, a civil servant, he was not very comfortable with the idea of going out but had to take his children to the park when they insisted, and added, “But when we got here, I relaxed a bit because of the security arrangement at the park. What I saw is different from what I anticipated so I don’t have any more fears.”

Benue Not Supplying Water To Only Top Govt Officials — Ngbede