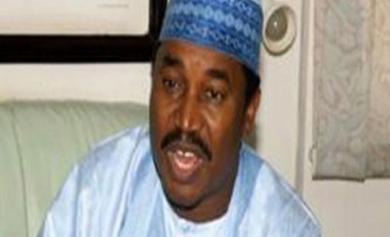 Katsina State Government has contributed over N300 million to Community and Social Development Projects (CSDP), a World Bank- assisted programme, from 2009 to 2013.

Gov. Ibrahim Shema said this while disbursing funds to some communities participating in the CSDP in Turare village of Dutsinma Local Government Area, on Thursday.

Shema, represented by Alhaji Salisu Majigiri, Chief of staff, Government House, said the CSDP had disbursed over N73 million?in 2013 to various communities for the execution of projects selected by such communities.

He noted that such projects were roads, education, environment (drains and culverts), health and water projects, among others.

The governor said: “the state government is committed toward improving the living standard of the people.

“For execution of any project under the CSDP, the community contributes 10 per cent, while the project contributes 90 per cent.”

Shema added that the CSDP, introduced in 2009, had impacted positively to various communities.

He also urged the benefiting communities to ensure judicious use of the funds.

Earlier, Alhaji Salisu Yar’adua, the CSDP General Manager, said two communities in Dutsinma and two others in Rimi LGA would benefit with over N5 million from the disbursement.

He appealed to the benefiting communities to start work on the proposed projects immediately to avoid disruption by rainfall. (NAN)