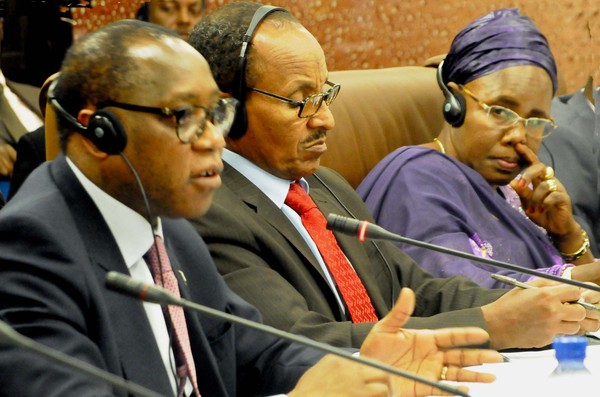 The Federal Government said in Abuja on Thursday that the new automobile policy was not aimed at immediate ban on the importation of fairly used vehicles.

The Minister of Trade, Industry and Investment, Mr Olusegun Aganga, made this explanation at a news conference on the content of the new automotive plan.

Aganga said the policy would, instead, focus on promoting investments in affordable made-in-Nigeria vehicles that will in future minimise their importation.

The News Agency of Nigeria (NAN) reports that the New Automobile Industrial Policy Development was approved on Wednesday by the Federal Executive Council.

Aganga, who said phasing out second hand vehicles, popularly known as `tokunbo`, was a gradual process.

He said what government had done was to raise tariff on importation with a view to discouraging the influx of used vehicles into the country while also encouraging local manufacturing.

According to him, no responsible government would ban importation of used cars without putting in place viable alternatives.

“The importation of tokunbo cars will not be a major threat to the plan. Production of vehicles is in stages and involves a long process.

“You do not remove a thing without providing a viable alternative”, he said.

The Director General, National Automotive Council, Mr Aminu Jalal, said the policy would help to open up the industry to many international auto manufacturers.

He said Toyota, Nissan, Renault and GM have all indicated keen interest to invest in Nigeria following the articulation of a comprehensive automotive development plan.

“These companies are now conducting feasibility studies on assembling vehicles in Nigeria.

“The elements of the plan, which will ensure competitiveness and increased productivity of the sector, are: industrial infrastructure improvement, skill development, standards, investment promotion, market development and anti-smuggling measures.’’

He urged the government to map out strategies for the gradual banning of importation of used vehicles.

“When you look at the performance of the industry, it has been a very unfortunate situation for the country.

“Apart from the environmental effects, importation of used cars had remained a great challenge to the industry.

“Most of the vehicles shipped into the country fall short of the stipulated environmental standards of the exporting countries”, he said.