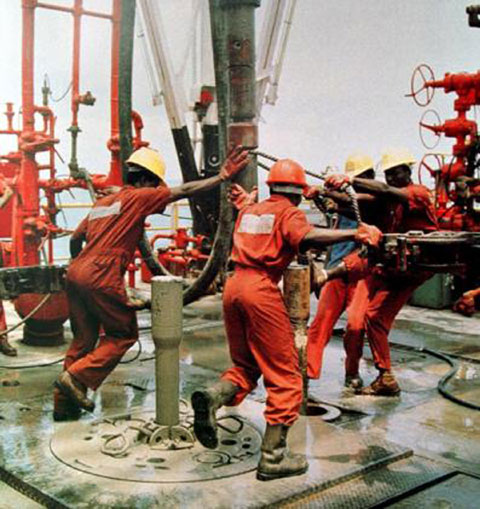 Nigeria will lose an estimated $6 billion in revenue to international oil companies, Shell and Eni, over the deal on the controversial oil block, widely known as Oil Prospecting License (OPL) 245.

According to icir.org, leaked emails and confidential documents also showed that the oil giants might have used unethical means to secure the deal as they altered earlier terms on the oil block with the intention of depriving Nigeria billions of dollars of future revenue while raking in huge profits.

The report draws on an analysis from leading experts at Resources for Development Consulting commissioned by Global Witness and NGOs HEDA, RE: Common and The Corner House.

Two weeks before the deal was signed in 2011, Andrew Obaje, then Director of Department of Petroleum Resources advised the Federal Government not to accept the deal because it was bad.

Obaje’s advice was in response to Mohammed Adoke, the then Minister of Justice and Attorney General of Federation who sought his comment on the agreement underpinning the disputed oil block.

Obaje concluded in the letter that “the resolution agreement as proposed is highly prejudicial to the interests of the Federal Government, more so when there is considerable leverage on the part of the FGN irrespective of the outcome of the arbitration. Government should therefore re-evaluate the proposal with a view to securing for the FGN a more advantageous outcome from any resolution of the matter.”

Rather than follow Obaje’s recommendation, the Federal Government went ahead to approve the deal that stripped it of earlier favourable terms.

The deal excluded Shell and Eni from paying royalty and Profit Oil on the OPL 245 which were part of the fiscal terms that were contained in the earlier contractual agreement with the oil companies in 2003 and 2005.

Assuming that oil price remains at $70 per barrel, Nigeria loses $5.86 billion projected revenue over the lifetime of the oil block when compared to earlier terms that had applied before the 2011 deal.

Barnaby Pace from Global Witness said “Shell and Eni execs set the deal up so that Nigeria would earn some $6bn less than it could have. This scandalous deal must be cancelled.”

“We note that Global Witness draws conclusions on the appropriateness of Eni’s and its partner’s transaction and on the legitimacy of Eni’s conduct by referring to analyses carried out by unnamed partners whose competence or expertise is not substantiated in your letter,” Mandraffino wrote

“We can understand that your organisation, which is not engaged in business activities in the oil and gas sector, may not be best placed to assess the input, methodology and overall quality of such analyses and come to incorrect conclusions. In this respect, let us just note that the technical and contractual assumptions adopted as basis for the analysis appear to be partial and inaccurate, if not misleading.”

The assessment of the impact of different fiscal terms for government revenues from OPL 245 was carried out by Resources for Development Consulting whose responsibility is to assist resource-rich countries in securing a fair share of mining, oil, and gas revenues by analysing fiscal regimes, preparing revenue forecasts, assessing vulnerability to tax avoidance, and supporting cost monitoring and auditing.

To do the analysis, Resources for Development Consulting pointed out that it used discounted cash flow modelling which is an industry-standard methodology used for valuation by oil companies and for revenue forecasting by governments.

“The field data contained in this analysis comes predominantly from the companies themselves: Shell and Eni. The basic field data comes from a 2006 Valuation document prepared by Shell in support of arbitration proceedings. This data has been updated based on information from subsequent Shell reports and information published by Eni in 2011 as well as public domain sources from analogous blocks in neighbouring countries.” the consulting firm wrote in its report.

It is inexplicable how Mohammed Adoke, then Attorney General of the Federation led the Federal Government to agree to the deal that altered the terms of the agreement in favour of the oil companies against the position of Department of Petroleum Resources.

In response to the analysis’ findings, Adoke stressed that the deal was concluded following consultations with relevant ministries, adding that no attempt was made to prevent civil servants from voicing their concerns.

He said the issues were resolved following inter-ministerial discussions. He said that the production sharing agreement between Shell and Eni was not within his remit.

The OPL 245, which covers nearly 2,000 square kilometres in the southern edge of the Niger Delta in water depths of more than 1,200 meters, was first allocated in 1998.

The then Minister of Petroleum, Dan Etete allocated the oil block to Malabu Oil and Gas Limited, an indigenous company owned by him.

In 2001, Malabu offered Shell 40 per cent stake in the oil block. However, Malabu’s licence was later revoked by the Federal Government. The Nigeria National Petroleum Corporation (NNPC) later offered the block for bid which Shell won.

The NNPC in 2003 signed a production sharing contract (PSC) with Shell on the oil block. But Malabu went to court to restore its ownership of the oil block. Malabu’s right to the oil block was restored in 2006 by the court.

Then Shell disagreed on the restoration of the oil block to Malabu and in 2007 instituted proceedings against the Federal Government at the International Centre for Settlement of Investment Disputes, seeking full restitution of its rights as set out in the 2003 production sharing agreement.

In 2011, a deal was reached for Shell and Eni to pay $1.1 billion to the Federal Government and Malabu to have full ownership of the oil block, a deal that has been trailed with bribery scandal.

Shell and Eni are currently facing bribery charges over the OPL 245 deal in a landmark trial in Italy, the first time a company as large as Shell or such senior executives of a major oil company have ever stood trial for bribery offences.

Eni’s current CEO Claudio Descalzi, and former Royal Dutch Shell Executive Director for Upstream, Malcolm Brinded CBE are facing charges of bribery and corruption over the oil block in the trial that began in Milan in September.

According to Global Witness, the case brought by the Milan Public Prosecutor alleges that $520 million from the deal was converted into cash and intended to be paid to then former President Goodluck Jonathan and other Nigerian government officials.

The prosecutors further allege that money was also channelled to Eni and Shell executives, with $50 million in cash delivered to the home of Eni’s then head of African Operations Roberto Casula.

Two middlemen in the OPL 245 deal have already been sentenced to four years imprisonment, as well as confiscations of over €100 million by the Italian court. The offenders, Emeka Obi (Nigerian) and Gianluca Di Nardo (Italian) were found guilty of corrupt offences over the oil block.