A combined team of security agencies in Lagos arrested 251 suspected aliens, following a raid on the Gatankowa Market in Abule-Egba, just before midnight on Tuesday.

DSP Ngozi Braide, the Lagos State Police Command's spokesperson, who confirmed this to the News Agency of Nigeria (NAN) on Thursday, said that the raid was jointly carried out by men of the Nigerian Army, Navy, Police and the State Security Service.
According to her, those arrested were being screened.
Braide said that the aim was to rid Lagos of aliens who had no justification to be there, as part of efforts to boost security in the state.
The spokesperson could, however, not confirm whether arms were recovered during the raid.
Braide denied allegations that the operatives were in the habit of forcefully seizing valuables and money from aliens during such raids.
She said that such raids would continue across the state and urged those who were carrying out their legitimate businesses not to panic. (NAN)
Continue ReadingSecurity Operatives Arrest 251 in Lagos

Members of the All Progressives Grand Alliance (APGA) in Abia have rejected the April convention that produced a new leadership for the party.

APGA Chairman in Abia Onapuruagu Ukaegbu said in Umuahia on Thursday that members of the party in Abia would not associate themselves with any form of illegality that would eventually disintegrate APGA.
Ukaegbu said: “There is no need for the party to hold any convention when the tenure of the current executive has not elapsed. We want to disassociate ourselves from the purported convention held in Awka.
“Most of those people that they purportedly elected into the leadership positions cannot be said to be members of APGA. We know who our members are.''
He said that the party was not divided into factions in the state, and described APGA faithful in the state as law abiding, who spoke with one voice.
“The problem with our society is that we have reached a point where we no longer tell ourselves the truth,” he said.
He regretted that the party was bedevilled with such crisis at a time when other political parties were preparing their platforms for the next general elections.
Ukaegbu said that he was optimistic that the party would emerge stronger from the current crisis.
NAN recalls that the crisis in APGA took a new dimension when, some party faithful congregated to elect a new national chairman. (NAN)
Continue ReadingAPGA Members In Abia Reject April Convention

Bayelsa Police Command on Thursday said it was making progress on the investigation of the killing of 12 of its men in Bayelsa water ways on Saturday.

Mr Kingsley Omire, Commissioner of Police in Bayelsa told the News Agency of Nigeria (NAN) in Yenagoa that the force was doing everything possible to bring the killers to book.
“We are doing a lot on the case and our actions will show that we are working and at the appropriate time we will inform the public on the progress.
“It will be premature and prejudicial to comment on the number of arrests so far made; at the moment it is not in our strategic interest to make further comments.”
It would be recalled that some 50 policemen deployed to provide cover for dignitaries expected at a burial ceremony were attacked by gunmen and 12 policemen lost their lives.
The ill-fated boat was heading to Azuzuama, Southern Ijaw Local Government Area for the burial of the mother to Mr Kile Torughedi, an ex-militant leader.
Torughedi, who embraced the Federal Government's amnesty, is a Special Assistant to Bayelsa Gov. Seriake Dickson on Maritime Security.
Meanwhile, sources in Azuzuama said that the area had been on the spotlight of security forces as youths from the community had fled for fear of possible arrest.
The Joint Task Force and a special Police team from Force Headquarters have intensified patrol in the creeks of Southern Ijaw and environs in search of the remaining two policemen.
The Police had on Tuesday recovered 10 mutilated and decomposing remains of the policemen currently kept at the Federal Medical Centre mortuary in Yenagoa.
The Police spokesman, ASP Alex Akhigbe, said that the command was consulting the families of the late policemen on plans to give the men befitting burial. (NAN)
Continue ReadingCP Says Progress In Investigation Of Killing Of 12 Policemen

An Arizona man charged with stabbing his wife and son to death admitted to committing the crime over fear he had infected her with human immunodeficiency virus and his belief that their son was handicapped.

ABC 15 reports Eugene Maraventano told police he had been with prostitutes and feared he had “contracted HIV or other diseases and passed them onto his wife Janet."
The 64-year-old man also told detectives his wife was ill and he was afraid she'd test positive for cancer, so he decided to terminate her life.
Court documents indicate Maraventano attacked his wife with a kitchen knife as she was sleeping. He confessed to having considered buying a gun to kill her, but decided not to because "[he's'] not a violent person."
After stabbing his wife the suspect allegedly tried to commit suicide, but instead decided to kill his 27-year-old son Bryan. Maraventano told detectives he thought his son was handicapped because he spent too much time playing video games and had no job, friends or a girlfriend. So he went into his son's room and stabbed him twice.
According to the medical examiner, Janet and Bryan had been dead for a few days when Maraventano called 911. He is facing two counts of first-degree murder.
Continue ReadingMan Kills Wife Over Fear He Had Given Her HIV

Gunmen struck in the early hours of Thursday, killing four policemen near their station in Babangida, headquarters of Tarmuwa local government area in Yobe, Police Commissioner in the state Sanusi Rufai said.

Rufai told the News Agency of Nigeria (NAN) that the policeman were attacked as they took guard behind the sand-bags which provided barriers at the entrance of the station.

He said five of the gunmen were, however, killed.

He said that although they failed in their plan to burn down the station, the gunmen carted away some rifles.

“The gunmen came around midnight trying to enter the police station with intent to burn it down, but were resisted by the police.

“We lost four policemen and their rifles were carted away but the station was protected," Rufai said. (NAN)

Poor handling of sponsorship deals and lack of credibility in the Nigeria Football Federation (NFF) are major reasons behind the inability of the Nigerian Nationwide League (NNWL) to secure title sponsors for the league, official has said. The NNWL off...

Manchester United has taken the Glo ‘Dream Team’ who are currently on a training tour in Manchester, United Kingdom through spectacular drills that made Christiano Ronaldo, Zinedine Zidane and Ryan Giggs soccer greats. Manchester United coa...

The police has withdrawn charges of fraud and stealing against  former Director in charge of Finance of Air Nigeria, Mr John Nnorom. When the matter resumed for  trial at a Lagos magistrates court sitting at Tinubu  where Nnorom and his ... 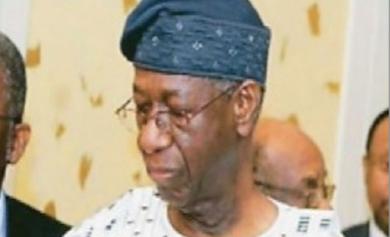 The Youth's Forum of the Ogun State chapter of the People’s Democratic Party (PDP) said the only way absolute peace could return to the party is to review all actions taken by the embattled National Chairman of the PDP, Alhaji Bamanga Tukur...

During his 61-year birthday celebration recently in Benin City, the Edo State capital, Comrade Governor of Edo State, Adams Aliyu Oshiomhole, spoke with some selected editors on many issues, including his journey so far in the state, the unnecessary co...