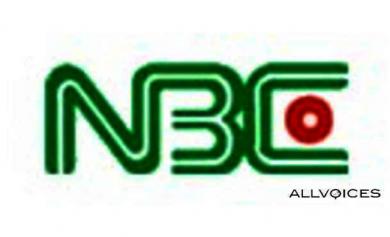 The Committee to Protect Journalists condemns a decision by Nigeria’s media regulatory body to shut down a radio station in connection with a broadcast that questioned the local government’s motives in an anti-polio vaccination programme.

The Action Congress of Nigeria (ACN) has expressed shock and sadness at the killing of the Kwara State commissioner of police, Mr. Chinwike Asadu, by  unknown gunmen, saying the death reinforces the belief in certain circles that Nigeria is fast b...

National Sports Commission (NSC) has demanded for a retraction and unreserved apology from the Nigerian Pilot Newspaper over its recent report that the commission and the National Assembly had shared the sum of N1.5b approved by the federal government ...

Ryan Giggs is poised to reach yet another milestone in his extraordinary career on Tuesday when he is expected to make his 1 000th appearance in senior football. The indefatigable Welshman took his tally of appearances to 999 last month with a goal-sco...

The former governor of Ekiti state, Engr. Segun Oni yesterday asked the Supreme Court to reinstate him as the governor of the state. Oni also urged the apex court to set aside the ruling delivered on February 27, 2012 by a five-member panel of judges o...

Continue ReadingEkiti: Oni Asks S’court To Reinstate Him As Gov

The National Orientation Agency (NOA) has called on Nigerian youths to make positive contributions in the development of the country by displaying the right attitudes.

Mr Mike Omeri, Director-General (D-G) of the agency, made the call while receiving the ‘Save Africa Integrity Legacy Network International’ team in Abuja on Monday.

The NOA D-G, who was represented by Mr David Akoji, the Technical Assistant of the agency, said the agency was passionate about youths and the society.

He added that the “Do the right thing” campaign of the agency was launched to eradicate societal vices in the country.

Omeri expressed the readiness of the agency to collaborate with the team in their programmes because their aims and objectives were inter-related with those of the agency.

He called on all Nigerians to be ambassadors of change and evangelists of hope by doing the right thing and supporting the programmes and policies of President Goodluck Jonathan.

Mr Shagari Dogo, President of the network, lauded NOA for its orientation programme and the awareness it was creating on government's activities in the country.

Dogo said that the NOA boss was identified by the organisation as a beacon of hope and a guiding light to the next generation of leaders because of the various re-orientation programmes of the agency.

He said that the presentation of the award to Omeri was also in recognition of his integrity, hard-work and contributions to the society.

The News Agency of Nigeria (NAN) reports that Omeri was presented with an honorary award as an Icon of Africa Integrity by the organisation.(NAN)

Gov. Umaru Al-Makura of Nasarawa State on Monday appointed Hajia Zainab Abdulmumini as the new Secretary to the State Government (SSG). Abdulmumini, until her appointment, was the Permanent Secretary in the Ministry of Education. A statement by th...

An Ibadan Chief Magistrates' Court on Monday ordered eight armed robbery suspects to be remanded in the custody of  the State Anti Robbery Squad (SARS) until the next adjourned date on March 12.

The Chief Magistrate, Mr Kehinde Tijani, ordered that the defendants be remanded in the SARS custody pending the proof of duplication of the case file.

Tijani said that when the proof of duplication of the case file at the office of the Director of Public Prosecution for legal advice was provided, the accused persons would then be remanded in prison.

Bola said that the accused were armed with a gun when they allegedly robbed a cell phone valued at N5,000; recharge cards valued at N30,000 and N8,000 cash belonging to one Romoke Bamigbade.

She further added that the defendants also stole a cell phone valued at N25, 000 and N15, 000 cash, property of one Ogunmola Adeola while armed with a gun.

She added further that the accused were allegedly in possession of a locally-made double barreled gun and eight live cartridges during the alleged robbery.

She said that the offences contravened sections 6(b), 1; (2), 5 and 27 of Firearms (Special Provision) Act Cap RII Laws of Federation of Nigeria 2004.

The pleas of the defendants were, however, not taken and the case was adjourned to March 12. (NAN)

The Edo House of Assembly on Monday confirmed 18 out of the 19 commissioner-nominees sent to it by Gov Adams Oshiomhole. They are Messrs Louis Odion; Abdul Oroh; Clem Agba; Chris Ebare and Francis Evbomwan. Others are John Inegbedion; Lucky James;&nbsp...

As Nigeria awaits the rainy season, the Plateau Government on Monday urged residents to desist from building on flood-prone areas to avoid a repeat of the disaster witnessed in 2012.

``Some people have gone back to rebuilding their houses on the same spot where they have been washed away by the July, August and September, 2012 flood, Information Commissioner Abraham Yiljap told the News Agency of Nigeria (NAN) in Jos.

``This is why we are using this medium to enlighten our people that there is the need for them to move away from water ways and flood-prone areas because we don’t want to lose more lives.

The commissioner said the government was showing increased concerns towards the plight of the 2012 flood-disaster victims towards alleviating their sufferings.

Yiljap said he was satisfied with  the awareness generated by the SEMA, National Environmental Standards and Regulations Enforcement Agency (NESREA) and the State Government.

``We are confident the people of Plateau State will cooperate with us so that, together, we can ensure our safety,'' he said. (NAN)