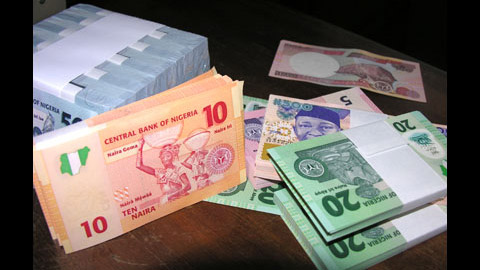 The Central Bank of Nigeria (CBN) on Wednesday called on law enforcement agencies in the country to step up actions in the enforcement of the law against abuse of the Naira.

CBN Deputy Governor (Operations) Tunde Lemo made the call in Abeokuta at a sensitisation on the commencement of the cash-less policy in Ogun.

The News Agency of Nigeria (NAN) recalls that in 2007, the administration of former President Olusegun Obasanjo banned the abuse of the Naira and prescribed six months imprisonment or N50,000 fine, or both, for offenders.

Lemo expressed concern that law enforcement agencies had neither arrested nor prosecuted any Nigerian for `spraying’ money or abusing Naira notes since 2007, in spite of the fact that the practice had not abated.

He absolved the apex bank from blame over the issue, saying the CBN was handicapped.

“The Central Bank is a regulatory institution. It is not a law enforcement agency.

“You know it is criminal to spray money in Nigeria, yet nobody has been arrested by law enforcement agencies in spite of the fact that abuses still go on, particularly at social gatherings.

“We can’t do the work of the law enforcement agencies; we can’t do EFCC’s job; we are playing our role; let others play their own too.

“The CBN is doing its job. Other entities within the system and the same value chain have their roles to play even down to the individual level, and we expect those institutions to live up to expectation.

“CBN cannot go out to arrest people over abuse of Naira, we can’t do the job of law enforcement, it is not part of our mandate,” he said.

Lemo said that the apex bank’s cash-less policy would commence in Ogun and five other states from July 1.

He said the policy would not only drive economic growth through efficient modern payment system but would also create thousands of jobs for Nigerians.

“This policy is going to create thousands of jobs.

“Merchants who will place Point of Sale (POS) machines at various locations are at the moment recruiting hundreds of people across the nation to help drive the process.

The CBN deputy governor allayed fears over the policy, saying it was aimed at discouraging excessive reliance on physical cash and encouraging electronic-based transactions in the country.