National telecoms operator, Globacom, has announced its full readiness to begin the implementation of mobile number portability on its network. This is in compliance with the directive by the Nigerian Communications Commission (NCC) to all mobile opera…

Mourinho: Return Of The Special One To Chelsea?

The report claims Mourinho gave a talk to coaches at his sons football club, Canillas, on Monday afternoon where he not only shared his wisdom on all things football but he also confirmed that he will not be at Real Madrid next season. The Portuguese boss was asked if he could come back to do another talk next year, to which Mourinho replied: “To come back next year will be difficult. Next year I will not be here [in Spain].” Mourinho is quoted as saying by Punto Pelota.

Thing’s then got really interesting when Mourinho began to show some of the parents and coaches old pictures and when he got to a photo of the Chelsea team bus, Punto Pelota claim he said ‘this is where I’ll be next year’.

The report then claims Mourinho caught an early morning flight to London the next day [Tuesday] before returning to Madrid later in the day to oversee an afternoon training session with his Real Madrid squad. The reason for ‘The Special One’s’ visit to the capital is reported to have been linked to his daughters schooling for next year but Punto Pelota claim Mourinho is using that excuse as a cover, hinting he was in fact in London to tie up the loose ends of his move back to Stamford Bridge.

While it is still being speculated and wondering whether the report from the Spanish radio station is 100% accurate, it’s certainly an interesting twist and the story has also been reported severally. However, if Mourinho did in fact let slip that he’s heading back to Chelsea, this will be one of the interesting the round leather game call football has to offer and there’s going to be a few happy Blues fans in west London this summer.

Mourinho, born 26 January 1963, is regarded by some players, coaches, and critics as one of the best football coaches of all time. He moved to Chelsea in June 2004, becoming one of the highest paid managers in football with a salary of £4.2 million a year, subsequently raised in 2005 to £5.2 million. In a press conference upon joining the Blues, the Portuguese born soccer tactician said, “Please don’t call me arrogant, but I’m European champion and I think I’m a special one,” which resulted in the media dubbing him “The Special One”.

Under Mourinho, Chelsea built on the potential developed in the previous season. By early December, they were at the top of the Premier League table and had reached the knock-out stages of the Champions League. He secured his first trophy by winning the League Cup against Liverpool 3–2 (AET) in Cardiff. Towards the end of the match, Mourinho was escorted from the touchline after putting his finger to his mouth in the direction of Liverpool fans, as a response to taunts directed towards him whilst Liverpool were leading, before the equalising goal.

The club added more trophies as they secured their first top-flight domestic title in 50 years, setting a string of English football records in the process, including the most points ever achieved in the Premier League (95), and the fewest goals conceded (15). He failed, however, to achieve back-to-back Champions League successes when Chelsea were knocked out of the competition by a controversial goal in the semi-finals by eventual winners Liverpool.

The signing of Ukrainian striker Andriy Shevchenko in the summer of 2006 for a club record fee prove to be a point of contention between Mourinho and Abramovich. Shevchenko, at the time of his signing, was one of the most highly regarded strikers in Europe during his time with Milan, where he won the Champions League, Scudetto, and Ballon d’Or awards in his seven years in Milan. Chelsea had attempted to sign Shevchenko in the preceding two years but Milan rebuffed Abramovich’s interest in him. Shevchenko’s first season at Chelsea was viewed as a major disappointment by the Chelsea fans as he only scored four league goals and 14 in all competitions.

Shevchenko’s strike partner, Didier Drogba, had the highest scoring season of his career that year and this led Shevchenko to be dropped from the starting line-up towards the end of the season by Mourinho. Notably, in the Champions League match at Anfield, Shevchenko was not even included on the bench. Abramovich’s insistence on Mourinho playing the Ukrainian was widely viewed as a further source of friction between the two men. Shevchenko’s signing was not the only one for Chelsea, however, as German captain Michael Ballack was also signed to strengthen the midfield on free agent from Bayern Munich. The Icelandic striker Eiður Guðjohnsen, an important player for Chelsea under Ranieri and Mourinho, departed the club for FC Barcelona.

The 2006–07 season saw growing media speculation that Mourinho would leave the club at the season’s conclusion, due to alleged poor relations with owner Roman Abramovich and a power struggle with sporting director Frank Arnesen and Abramovich advisor Piet de Visser.

Mourinho unexpectedly left Chelsea on 20 September 2007 “by mutual consent,” although there had been a series of disagreements with chairman Roman Abramovich. The Chelsea board held an emergency meeting and decided it was time to part with their manager. Though Chelsea has won Champions League after Mourinho left them six year ago, but he still see as the most successful manager in Chelsea’s history, having won six trophies for the club in three years. He was also undefeated in all home league games.

Rafael Benitez is reluctant to dwell on his past with Liverpool ahead of his return to Anfield with Chelsea.
The Spaniard remains focused on securing a UEFA Champions League place amid hot competition from London rivals Arsenal and Tottenham, with Ever…

Former handler of Shooting Stars Football Club of Ibadan, Godfrey Esu believes the brouhaha between  the Nigeria Football Federation and Super Eagles coach, Stephen Keshi is aimed to frustrate the coach’s effort. He said the NFF by withdrawi…

The Plateau Government said on Friday that it would sanction contractors who delayed or failed to execute contracts according to specifications.

“Any contractor, who failed to be on site will be sanctioned as we have mobilised all of them.

“Government is determined to deliver its mandate by giving a better life to its citizens but the contractors, who are supposed to be partners in this vision, are frustrating its actualisation.

Maren said that contractors, who failed to be on site, must defend their actions or be sanctioned. (NAN) 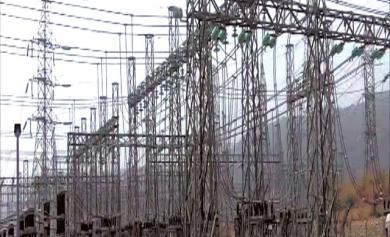 Many electricity consumers in the Kaduna metropolis on Friday besieged offices of the Power Holding Company of Nigeria (PHCN) over what they described as crazy bills sent to them.

Jonathan Promises Women More Than 35 per cent Of Political Position

President Goodluck Jonathan has promised to give Nigerian women more than the 35 per cent affirmative action they agitated for, considering their contributions to national development and the transformation agenda.

Jonathan, who was represented by Vice-President Namadi Sambo, made the promise in Lagos at the launch of the women chapter of the Centenary celebrations.

”On this auspicious occasion, we cannot forget great women like Queen Amina, Queen Idia, Hajiya Gambo Sawaba, Emotan, Queen Kambassa and several others,” he said.He said that these great women “contributed greatly to their kingdoms and continually stood that the rights of women be given to them”.

The president said: ”I congratulate all Nigerian women and thank you for your steadfast support in the transformation agenda.“I know that you have been clamouring for 35 per cent, but we will give you more than the 35 per cent being agitated for.

”I acknowledge your contributions; we know you are not competing with us but trying to complement us. I urge that you do not neglect your homes and we will continue to be partners in progress.”

In her address, the First Lady, Dame Patience Jonathan, said the Nigerian women could not achieve the idea behind the affirmative action until the necessary laws were passed by the National Assembly.

”It is important, for me, to state that no matter the level of gains we achieve in this administration, we will be limited in going forward,”  she said.

She also urged the National Assembly to play its part by giving legislative endorsement to the affirmative action.

The first lady also called on the assembly to ensure the domestication of instruments and frameworks on gender opportunities.

She further appealed to the National Assembly to initiate efforts to provide legislative guarantee for effective girl-child education.

”This is the only way to start them on a sound footing as they prepare to become responsible stakeholders in nation building.” the first lady said.

Delivering a goodwill message,  the sponsor of the women chapter of the centenary celebrations, Mrs Folorunsho Alakija, said 100 years in the life of a nation ”is a time to look back and celebrate”.

”Nigeria is blessed with many opportunities, but we cannot get to the promise land without the great input of women.

”The various challenges plaguing women should be faced squarely, so that it doesn’t take us another 100 years to get to where we want to be,” she said.

Highlights at the occasion were the presentation of centenary torch to the president’s wife while the wives of past presidents governors’ wives and female ministers joined her to cut the centenary cake.

The News Agency of Nigeria (NAN) reports that a two-minute video of Mrs Taiwo Olukoya and Mrs Kehinde Ogunde, the centenary twins born in 1913, was also shown to the audience. (NAN)

Apprehension heightened in the Enugu State capital yesterday following the brutal murder of a pastor, Rev. Victor Nnaduagwu.Until his demise, the pastor, suspected to have been murdered at the early hours of yesterday, resided at No 1. Ilukwe Street, A…

Ahead the May 4, 2013 council polls, the Kogi State  Governor Captain Idris Wada,  has warned trouble makers to have a rethink,   saying the law enforcement agents are properly equipped to handle any ugly situation.
Wada  who g…